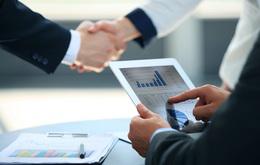 Microgaming's Quickfire platform is extremely important because it gives a lot of third-party developers a chance to get their best titles in front of tons of new players at some of the most popular and most respected online casinos in the world. While this platform also contains a lot of classic and newer Microgaming-produced titles, a lot of the content is distributed from other suppliers, and this gives them a chance to get their games out there. This is exactly what's happening for Ainsworth Game Technology after a new deal with Microgaming.

According to this new deal, Microgaming's Quickfire platform will host a number of multi-channel games from Ainsworth's GameConnect platform. They're looking to achieve a ton of growth through the end of this year and well into 2016, and this is definitely one of the best deals they could have made to make it happen. It's extremely interesting to see how Microgaming has picked Ainsworth for their new online slots considering the overwhelming competition out there, and that alone speaks to the quality of their games.

Targeting Europe and the United Kingdom

The big targets for Ainsworth right now, geographically speaking, are all of Europe, including the United Kingdom. Because so many European-facing online casinos and UK-licensed sites use the Microgaming Quickfire platform, there is a huge build-in audience for these games. As more and more players experience their high-quality titles, this will increase the demand for them, and this will help them to gain even more exposure through other content distribution deals. With all of the regulated markets in the UK and Europe right now, getting in with a platform like Quickfire is the fastest way to get directly in on the action without having to jump through tons of hoops on your own as well.

About the Quickfire Platform

The Quickfire platform is a project by Microgaming that helps to give online casinos the ability to give players a more well-rounded experience. It consists of the best slots and table games from Microgaming in addition to tons of other content from third-party providers. Ainsworth is the latest of these third-party providers to join up with Microgaming as a part of this platform, and that means they must have impressed with their games.