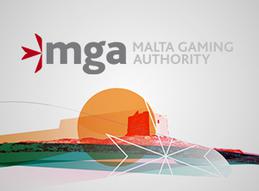 Malta’s Lotteries & Gaming Authority, otherwise known by the abbreviated name LGA, recently announced that they have changed their name to Malta Gaming Authority and will now be known as MGA for short. The change was announced by Joseph Cuschieri, the Executive Chairman of the MGA, who said that the new name further solidifies their position as one of the leading authorities for gaming in Malta as well as throughout the rest of the world.

At the same time that their new name was announced, the MGA also revealed that they recently launched a new website, http://www.mga.org.mt, which provides players with an opportunity to speak directly to one of their representatives. Using the live chat feature on their new website, players can get immediate help with any questions or concerns that they have regarding any of the gaming operators that they oversee. This new initiative demonstrates the MGA’s commitment to ensuring that players are protected as much as possible whenever they are playing for real money at any of the gaming sites that operate under their authority.

With roots dating back to 2001, the Lotteries & Gaming Authority has years of experiencing overseeing land-based gaming in Malta as well as remote gaming throughout the world. And with the changing of their name to the Malta Gaming Authority, we fully expect to see them put their years of experience to good use by continuing to regulate some of the leading companies in the gambling industry.