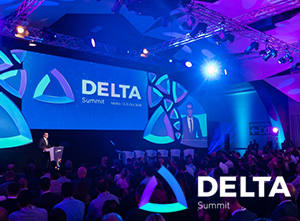 Innovation and regulation are two things that have to keep up with each other in the online gambling industry, especially when it comes to regulatory bodies keeping their codes and policies up to date. The Malta Gaming Authority knows this as much as anyone, and that's why they made some announcements at the 2018 Delta Summit event about how they will be handling cryptocurrencies like bitcoin going forward.

The Plan From the MGA

The MGA announced a two-stage plan. The first stage goes into effect on the first day of 2019, and it involves taking applications for operators and other companies who want to be a part of this initiative for accepting these virtual currencies for payment. In the second stage, they will be extending their Sandbox Framework to allow processing of these payments through a regulated, safe and secure environment. This is exactly the way that embracing innovation in the industry should work.

The Need for Safe Transactions

One of the main benefits of using cryptocurrencies for deposits and withdrawals is that it's private and decentralized. However, this can actually be a downfall for some people, especially if their setup isn't as secure as they think it is, and that has led to situations where thousands have been lost. The idea behind the MGA's regulated Sandbox Famework is to put players in a crypto environment that can be controlled to a sufficient degree to ensure safety of payment without extending that level of control beyond what's necessary. The integrity of the playing environment comes first, but the MGA is being careful not to overstep any boundaries here as well.

The Delta Summit centers around the use of cryptocurrencies and other blockchain technologies, so it was the perfect place for the MGA to announce this plan. Furthermore, they have stated that they expect this Sandbox Framework to extend at least through October 2019 as a sort of living organism that's open to improvement, suggestions and other types of feedback. It seems that once they have a working system in place, they will make a more concrete set of regulations involving the cyber currency and its usage within the boundaries of which they are responsible for.