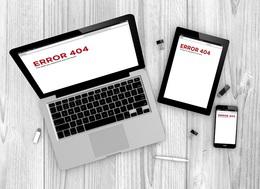 The GR88 online sportsbook seems to be having some major problems, and it's become very concerning. For more than two weeks, there has been no activity at the site since their website says they are down for maintenance, but there's been no announcement or response of any kind when it comes to figuring out when (or if) they'll be back up and running.

GR88 is a site that's been known to have some problems for a bit of time now. They've had several cases of payouts not being granted, and now they're on the tail-end of more than two weeks without having any activity broadcast from their website. It's more than concerning at this point, especially since their customer service team, which hasn't exactly received strong reviews in the past, isn't responding at all. As the problems pile up, it doesn't look like this site is going to get out from under these problems at any point in the near future.

This situation with this online sportsbook brings to mind what's happening in the United States right now with the daily fantasy sports industry. In this industry, they are having a big issue of regulating things in the different states because of somewhat rogue or unethical behavior that came from an employee of a major site using insider information to pull over $300,000 in winnings from another site. This is unfair because it's not information that's available to the public, and that scandal is what has prompted the industry to be given so much attention in recent months.

The Future of GR88

The future of GR88 isn't looking too good. While it's possible to a degree that they come out any day now and give a perfectly good explanation for disappearing for the past two weeks, like maybe an invasion of their headquarters by aliens from Mars, it's unlikely at best. Players with outstanding balances are probably going to be best off just chalking this up as a loss and going on about their business, preferably at a site with a longer history and a better reputation. This situation just goes to show that regulation is always better than ignoring the industry because it puts players in a position where this type of thing is less likely to happen to them, and it gives them legal recourse if it does.