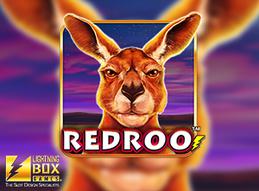 It can seem like every theme possible for an online slot has been done already, and it takes more and more to step "outside of the box" now than ever. Lightning Box Games didn't let that stop them with their most recent slot release, and the RedRoo slot has found an audience on the NYX OGS platform with a strong reception. This goes to show that there is plenty of room to run with different types of themes in today's industry.

Who is the RedRoo?

The main character of the RedRoo slot is actually a red kangaroo, and you'll follow him across the Australian Outback. It uses five reels and four rows with the 1,024-ways format to give players an adventure full with all kinds of people that the kangaroo meets. This includes everything from surfers to cockatoos, so it definitely captures all different aspects of Australia. The soundtrack is very solid as well, and you can tell that they put a lot of effort into making sure that this game got a good reception.

Release on the NYX OGS

The OGS is NYX's main platform for online casino play, and that's the main platform that Lightning Box Games has their releases on. This includes the RedRoo online slot, which was released back in late June. In the few weeks since it has been released, players have been enjoying it, and it has gotten solid reviews. This is a good example of NYX having a good variety of games as a whole, but it also shows that Lightning Box Games is still putting out high-quality content.

This software company has been around since 2004. They are known at this stage in the game for producing HTML5 slots of a particularly high quality. They were founded by two previous game designers for International Game Technology and Aristocrat, so it's obvious that they have a pretty good idea of what they're doing. They have produced a lot of games that have gotten great receptions in the industry, and from this most recent release, it's easy to see that they continue to do so. Their games are available via the NYX OGS platform, and they will be going live on the Everi and Ainsworth platforms inside of the next several weeks.