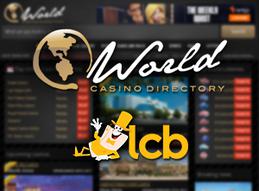 There are big business deals that happen in the online gambling world all the time, and a recent acquisition is another example of that. The World Casino Directory, a very popular website that focuses largely on land-based gambling, has been acquired by the LCB Network. This is a very big deal because the site was sold for a total of around $1.7 million, and that comes after other purchases recently, including the popular Wizard of Odds site.

Why Does the World Casino Directory Matter?

WorldCasinoDirectory is considered by many industry experts to be like the white pages for land-based gambling destinations. If a place has casino games or slots, chances are that you can find it inside of their compilation of over 4,000 total listings. They are also known for keeping players up to date on any new locations that are launching, so they made it very easy to keep on top of the latest and greatest openings.

The Direction of the Site Post-Purchase

Both sides of the purchase wanted to make it extremely clear that the vision and direction for the site going forward was the same as it always had been: to provide the absolute best online resource for land-based gambling in the world. WCD is definitely that now, and the LCB Network is sure to keep it pushing right along in the same direction. The price that the site went for should show players just how much weight it holds in the industry, and it's critical for players to understand that it will continue being the top option available anywhere.

How This Affects Players

Chances are that players will not be affected in any way that they would really notice if they hadn't known about the sale in the first place. They will continue to get top-notch information and listings, including listings for the best names out there in the land-based gambling world. Along those lines, World Casino Directory will still be the best resource on the web for players who need to knwo what options are available.