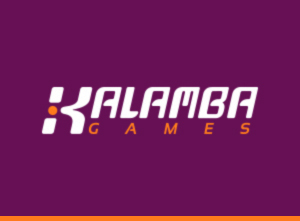 One of the most innovative software providers, Kalamba Games, has announced the launch of its new Bullseye brand. This new product will include a proprietary remote gaming server (RGS) as well as promotional tools, for an increased level of entertainment and engagement.

The release is scheduled for the second half of the year, while the brand will have over 35 provider's titles in its offer. With innovation as its main goal, Kalamba is one of the iGaming software providers whose titles are constantly amongst the player's favorites.

Andy Sekula, Head of Games at Kalamba, was in the spotlight last month when he explained that mechanics and math originality are the reasons why some game is replayed many times. In his opinion " reinventing the wheel from time to time" is the road toward making a game that stands out from others.

According to the statement and the brand's drive towards originality and innovation, the Bullseye seems like the perfect addition to the provider's portfolio.

The new brand incorporates a range of the developer’s new promotional tools, which will initially be made available to partners that are.

A new brand includes a proprietary remote gaming server (RGS) that also incorporates a range of developer’s new promotional tools. All of it will be initially available to partners that are directly integrated via the Bullseye RGS.

Its purpose is to make the player's expirience more engaging and entertaining. Its roll out is set to begin in H2 2020 and it will be giving direct access to over 35 unique Kalamba titles.

...since the additional titles will be added rapidly. It might be a struggle to keep up since the brand is always creating new games and release approximately one title per month. The latest release hit the market in June was Griffin Quest slot.

Still, the supplier has announced that it will be celebrating the launch of the newest title Maui Millions at its annual party for its partners and invite industry friends. If its anything like Caribbean Anne, the provider might have the mega-hit up its sleeve.

Cementing its Position in the Market

While inventing original games appealing to the different types of players...

...and playing strategy, the company hopes to invest in creating a strong brand and further expansion of its reach. The Bullseye launch cements the Malta-based firm’s position as a next-generation supplier.

Steve Cutler, CEO and co-founder of Kalamba, complemented its team and said that this launche will lead company to the next stage of its development:

“We’re very excited to bring the Bullseye brand to market as it reflects the team’s hard work in bringing the company further towards maturity and underlines our commitment to supporting our partners’ success.

Bullseye represents the next stage in the core strategy and vision we established back in 2016. Naturally we look forward to building further on our games portfolio, but making titles interconnected via meta features and layers will ensure we build a market leading slots experience for the ages,” commented Cutler.