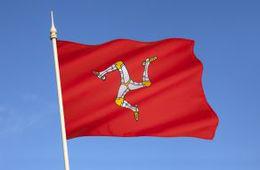 The Isle of Man is known for being one of the most reputable jurisdictions for online gambling in the world. It's where some of the biggest names have been based in the entire industry, and it's well-respected by everyone involved in the industry in any way. A recent report has shown that they have been growing quite a bit in this industry over the past year, and they generate a ton of revenues and jobs from it.

The biggest competition for online gambling in terms of the number of jobs being created and the total contribution to the economy is insurance. Since last year, they were able to beat out insurance for the first time by moving up to 16.7 percent of the total economy. Insurance is at 14.6 percent, for comparison. This happened because of a huge 30 percent growth, and to put it in perspective, if things would have stayed at the same level as last year, that 16.7 percent would be about 13 percent instead.

So why did it grow so much? The technology industry was the only industry to out-perform the growth that their online gambling businesses saw with a whooping 58 percent year-on-year. A lot of people are stumped when it comes to figuring out why they're able to see so much growth in this industry when many companies are floundering. The answer is that they're floundering because the competition in places like the Isle of Man is just so good. Even with major tax changes in places like the United Kingdom and Ireland, as well as other parts of the world, the Isle of Man is able to continue trucking along.

Why is the Isle of Man So Attractive

The Isle of Man has put a lot of work into making themselves attractive for eGaming businesses. The way they do this is by providing a lot of incentives, attractive tax rates and an attractive place to live for industry professionals. One of the easiest ways to build up a sector of the economy is by adding financial incentives, and this has worked extremely well as we can see with the whooping 30 percent growth that happened since last year.