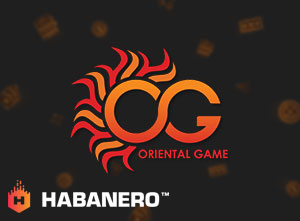 Many of the fastest-growing markets for online casinos are seen in various parts of Asia right now. That particular part of the world has not seen legislation and regulation on the same level as Europe has over the past decade, and it feels like we're right on the verge of a race in the area.

Habanero Systems has made a bit of headway in that part of the world for now after a new deal has been signed with Oriental Game, a company primarily known for their live dealer content in Asian markets.

What This Deal Means

The basic idea here is that this is a straightforward distribution agreement. All of Habanero's casino games (slots, etc.) will be made available as a part of this new signing as a part of the Oriental Game platform. This level of distribution in Asian markets will help them to establish a bit of a foothold in the area. On the other hand, it will give Oriental Game a complete array of different types of titles to supplement their live dealer offering, which in turn makes them more attractive for both players and operators.

There are two primary things that make Oriental Game such a solid option for Habanero. The first is obvious: They already have a foothold in many important Asian markets. However, the second is not so obvious unless you're particularly familiar with what's going on in the area. This is because Oriental Game has been making tremendous progress with a ton of growth for a significant period of time now, and it's looking like they could very easily become to breakout star in the region.

Habanero is definitely not taking a backseat role when it comes to strategic expansion. While they are still getting into more Western markets, it's clear that they have their sights set on Eastern markets as well. Along these lines, everything is set up for them now with this new deal to get their titles in front of a ton of new players, and this has the added benefit of putting them in a stronger position to make other deals in the region as their games become more in demand.