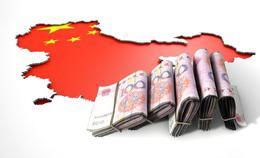 If you look at Eastern Asia as a whole, you'll see that gambling is growing as a whole. However, China is no longer leading the way here thanks to new policies that have come on the back of discoveries of corruption and other factors. The basic idea is that they have strong regulations now that prevent a lot of the high stakes gambling that was going on, and this gambling has moved to other markets.

Where Did The Players Go?

There's a simple fact of life that if someone is gambling for millions of dollars, and they're no longer welcome at one casino, then they're not just going to stop playing. Instead, they're going to find somewhere else to play. The people who were playing in China have largely moved to Malaysia and Australia, or at least this is the story that the numbers indicate. Something really interesting about this is that high roller play has increased in these regions quite a bit starting at the same time as the Chinese crackdown, so it's really the only logical conclusion.

While high roller play has fallen sharply in China, players under what are considered normal stakes (or the "mass audience" of gamblers), have increased in raw numbers. In terms of the market as a whole, however, they are now about 49 percent of the total compared to just 36 percent recorded about four years ago. This is a pretty big change, and it could drastically alter how these casinos have to market to their players and tend to the general demographic as a whole.

With all of that happening, growth is still there in a positive way. Australia is expected to see growth at 10 percent between now and 2017, and Malaysia is expected to see as much as eight percent. By comparison, Macau gambling growth will be lucky to break five percent. While all of these regions, even China, are seeing positive growth, the distribution is much different than what it would have been if this Chinese crackdown wouldn't have happened. For now, we're going to have to see how these projections match up with reality in the upcoming months and years to see if this crackdown will have effects that haven't been anticipated.