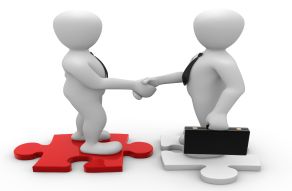 In a new deal, Genii will be providing over 130 games for the Altenar Gaming Solution, which helps Altenar in the mobile space in a tremendous way.

Mobile is the fastest-growing part of the online casino world, and it has been for the past several years. Tons of people are on their phones more than they are their computers, so it makes sense that this would be the area that's seeing the most growth. For any company offering an online casino software platform, it's critical to have a strong mobile platform at this point, and Altenar knows that as well as anyone. That's part of the reasons why they have made a deal to add over 130 casino games from Genii.

While Altenar focuses primarily on sportsbook-based operations, they also have financial trading and casino platforms as well. With that having been said, their casino platform didn't have a particularly strong mobile following until this deal with Genii. This deal will including their popular new Spin 16 line of games that allows players to use intuitive mobile hand gestures like swiping to move individual reels in different directions, and that's a big change in how players normally enjoy mobile slots. Overall, it's a great way for Altenar to shore up their mobile casino product.

Genii has been on a tear lately with the deals they have been making for distributing their content. This deal with Altenar comes after deals with software providers Tain and iForium that have come in the past two months. One of the reasons they've been able to expand so quickly is their mobile platform because they support Apple, Android and Windows devices. On top of that, they have atypical games that are designed completely around the mobile environment, though you can play them in a desktop environment as well.

The fact of the matter is that many of the software companies like Genii that are making a big name for themselves were virtually unheard of just a few years ago. What's happening right now is a real paradigm shift in the online casino world, and innovation in the mobile space is what's fueling it. The more that Genii can push their atypical games and envelope-pushing concepts with expansions to other content providers, the more momentum they're going to gain, and the harder they're going to be to stop for the big names in the casino software industry.