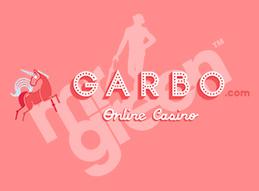 The way that most of the online casino world works is that you have operating companies that work behind the scenes running various sites. Some operators will only have one or two sites that they focus all of their energy into, and others can have dozens of sites. In the case of Mr Green & Co., they have decided to relaunch Garbo Casino with a significant number of changes.

This site is going to focus on mobile play, which is a smart move since it's still a growing sector of the industry after so many years. It will relaunch in Sweden initially, and the idea is for it to become a major brand in many parts of the world, just like Mr Green Casino is. This project will be led by Oskar Muhlbach, who has been with Mr Green since 2016. He's been a part of numerous eCommerce sites in the past, and he leads a team of four.

The Previous Purchase of Garbo

Something kind of interesting about the purchase of this site is that it was from back in 2014. Many expected a faster turnaround for the brand, but they actually took their time with it since they were in the middle of building a new platform, and they wanted Garbo to use that. Instead of launching on the old one and switching soon after, they decided to just wait. Now we have the newest edition to the mobile market in Sweden, and we'll get to see how they perform with this type of relaunch.

Mr Green & Co. is the owner and operator of Mr Green Casino. They operate in 12 different countries, and they've been around about a decade since first opening their doors in 2007. They have a particularly strong brand with more than 200 employees and their headquarters in Stockholm. In addition, they have licenses in the United Kingdom, Malta, Italy, Denmark and Ireland. Overall, they are a particularly strong company and one of the more formidable operators in the industry. We're very interested to see how Garbo Casino performs in the Swedish mobile environment and if they're able to make it another global brand like they hope to do.