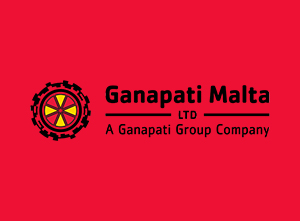 For a software or games developer in the online casino world, being licensed in a strong jurisdiction is a key step towards being taken seriously and having your games used as a part of the offering with popular operators and software platforms. Ganapati has taken this type of step recently as they were awarded a class 4 license from the Malta Gaming Authority. This is the license given to software developers.

Slots Provided by This Company

This company focuses on slots, and they are now able to offer their games to operators who also have licenses from Malta. This opens up a world of possibilities for getting their games in front of more players. Games like She Ninja Suzu and CrypBattle are in the portfolio of titles affected by this, and it's also seen as a big move because the Malta branch of this company has only been up and running since September of 2016. They are obviously moving in the right direction very quickly.

The State of Licensing in the Industry

Right now, Malta is one of the two most respected jurisdictions for online gambling licenses in the world. When a license is awarded from the MGA (Malta Gaming Authority), it's a pretty big deal, especially if it's achieved in under a year as is the case with Ganapati Malta. What this says is that their games are fair, their business practices are fair and one of the two most respected jurisdictions in the industry is willing to vouch for them along these lines.

The Ganapati Group, which includes Ganapati Malta, has been around for quite a while, building Japanese-themed apps and other types of games. They have offices all over the world, including Malta, London, Los Angeles and Tokyo. They are slowly taking over markets all over the world, and this strategy seems to be paying off for them. Their recent licensing in Malta for their branch in that area shows that they are looking to gain the trust of their players, which is always going to be a strong strategy, and it bodes well for their future.