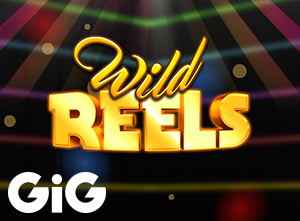 The newest online slot to hit the scene is Wild Reels, and it's an important release for a number of reasons. Primarily, it's the very first title to be released by GiG Games, which is the in-house development house for the Gaming Innovation Group. Its release is interesting for a number of other reasons as well.

Details on the Launch

Because this is GiG's first time releasing a game they have actually developed, they're taking a bit of a cautious route. It's worth noting that they received a license to produce games from the Malta Gaming Authority under the GiG Games name, so they're definitely covered from a regulatory stance. However, they've only released this game initially to a limited number of operators that use their software as a part of a testing phase. They really want to make sure that this is up to their level of standards in terms of game quality and making sure that things work out with gameplay the way that they want them to.

What to Expect From Wild Reels

First releases are always interesting because they set the tone for future titles. With Wild Reels, what players can expect is a game that's balanced and solid without going too far in any one direction, so to speak, so that it doesn't find itself "outside of the box." They're testing a lot of things with this release, and they want it to blend in enough to look like it belongs with titles from more established software companies. At the same time, they don't want it to blend in so much that it doesn't stand out at all, but stability is probably more important for this particular game.

As many as eight titles (and a minimum of six) are expected to be released by GiG Games by the end of the year. We think that this is interesting timing and that they will be able to build a lot of momentum going into 2019 if these titles catch on. Bottom line, it's a critical time for this budding game developer, and it will set the tone for how things go in the following year.