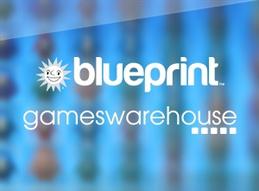 Blueprint Gaming, a part of the Guaselmann Group, has completed the acquisition of longtime partner, Games Warehouse LTD (GW Games) of Derby, England. The omnichannel provider was acquired earlier by Harbour Group's digital media division in 2005.

The company will continue to operate of its Derbyshire offices with SWP and iGaming teams supporting Blueprint's overall development plans.

Blueprint Gaming's Managing Director, Matt Cole said in a press release that Blueprint is pleased to welcome the team. He added, "We are confident that the fit will work very well and we look forward to creating some innovative games together."

Brandon Bezzant of the Harbour Group added: "Games Warehouse first created the SWP market and more recently successfully evolved into a standalone games developer for online and mobile." He added that he was sure that as part of the Gauselmann Group and Blueprint Gaming that the team would go from strength to strength.

Blueprint started in Atlanta, Georgia in 2001 and seven years later became part of the Guaselmann Group, established 1957 which includes Merkur and formerly Atronic. The Gauselmann Group has produced well over 2 million AWP (amusement with prizes) machines. Blueprint is located in the UK and has over 100,000 land-based gambling terminal across Europe, mostly in the British, German, and Italian markets. Some of their online creations include Bejeweled, Pegasus Rising, and Casper's Mystery Mirror.

You can follow the link to find online casinos offering GW Games.