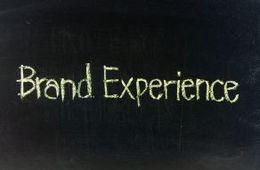 A company's identity, no matter what industry they are in, is largely tied up in their branding. We saw this a few years ago when MoneyBookers switched its branding and identity to Skrill and pushed on to be one of the top online gambling payment processing options before being purchased by the parent company of Neteller. The GameAccount Network has decided that it's time for them to rebrand as well, so effective September 9, they will now be branded as GAN.

There's not really anything that new or groundbreaking going on with this rebranding to GAN. The fact of the matter is that it's fashionable to do this type of thing, and that's been the case for the better part of the past decade. The idea is that GAN has a better corporate appeal than GameAccount Network, and it probably fits better on the side of a slot machine as well since this announcement came just as they secured deals to launch games in land-based US casinos. The timing has got to be more than coincidence, and it would appear that this has something to do with taking advantage of the moment to secure what they believe will be a better branding option.

In the online gambling world, corporate identity is everything. If you pick out an online slot that you really like, you probably want to try other games by the same developer. However, if you have no idea who made the game, your attention is going to quickly turn to something else. This is why you see branding all over everything in this industry.

The easier it is to remember a brand, the more likely players will be to come back to it. Along these lines, it's easier to remember GAN than GameAccount Network, and that's a big part of the advantage over the shorter name. Lots of companies have done similar rebranding in recent years like with BetOnSoft becoming Saucify and the Microgaming Poker Network becoming MPN.

With GAN's new deals in the US and with the momentum they have been making even before that, the brand switch isn't all that surprising, and it could definitely help to propel them to even higher levels of success in the industry.