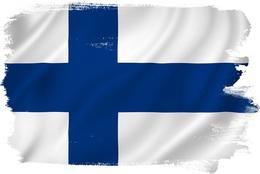 In Europe right now, we're seeing more and more countries regulate the online gambling industry. As a result, different providers, operators and software companies are getting in on the action of building up a foothold in each individual country as much as they can according to their own strategic directives. This is happening in Finland as much as anywhere, and Game Lounge has launched another whitelabel (their second) called Suomi Casino in an effort to take advantage.

The first thing they're doing with this new brand that stands out is offering a very strong welcome package, though that's pretty common with new online casinos that want to build membership quickly by offering players a great incentive for trying their brand. Aside from that, they have games from a number of operators including a sizable selection of online slots and table games. All that's left now is for them to build up their own reputation, and that's something that's going to take time to do when it comes to both reliable withdrawals and customer service since there's simply no way to rush building a history of good service in these areas.

This new whitelabel release shows us something that's really important to online gambling as a whole: Proper regulation increases competition, gives players more choices, keeps players safer and allows high-quality companies to rise in the ranks. This is a lesson that Europe is teaching the world right now, and even though the Finnish online gambling regulations might not be perfect, they are definitely better than those in many parts of the world where politicians are still operating under the misguided notion that prohibition is the way to go.

The Future for Suomi Casino

As for what lies in the future for Suomi Casino, chances are that they'll see some level of success. The collaboration here between Game Lounge and the Cherry Group is a good one in the sense that they are both quality companies who are interested in giving players a high-quality experience, so it's hard to see a cooperation between these two groups leading to anything but a great product. With a great game selection and valuable starting bonuses, this is definitely a place to try for Finnish players.