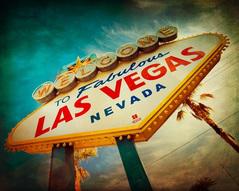 Nevada is known for being the largest state for gambling in the USA, and when they have a three-month period of declining gambling revenues, it starts to be a little scary for the industry as a whole. Thankfully, they ended this losing streak in September and showed a fair amount of growth. They found that the total winnings for the month of September were about $916.3 million, and that's a 1.5 percent boost from September of 2014.

Baccarat is a key game because of the super high stakes that it's played at, and since Chinese officials had a major crackdown earlier this year, the numbers for this particular game have been in a decline. However, total play volume for the game increased by about 16.5 percent for the game in September, and this included a 23.2 percent boost in revenue for a total of $100.5 million earned from this one game alone in Las Vegas. That might seem out of proportion, but that's how much power the game has as a piece of the whole since it's typically played at super high stakes.

There are two main areas for gambling in the city of Las Vegas. There is the Las Vegas Strip area, and that showed a boost of about two percent up to $504.8 million. The other is the Fremont Street area, and that had a huge increase of nine percent to get all the way up to the $47.5 million level. These are significant numbers, and they just go to show that all areas of the industry were boosted during this period.

Financial numbers for Las Vegas affect the online gambling industry because it helps to show what the gambling industry is doing as a whole. The revenues for offline and online games follow similar patterns, especially when you look at specific types of games like poker that are played heavily on both platforms. For Las Vegas in particular, however, they're considered one of the land-based gambling capitals of the world, and for them to consistently see negative growth for multiple months in a row can indicate bad things to come for the whole industry.