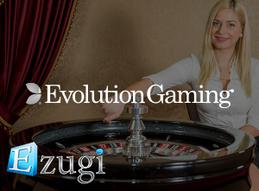 Importance of the Deal

Evolution gets a few things from this deal. First and foremost, they take out a key competitor. Second, they will immediately be adding some geographic coverage since there are areas where Ezugi has made it to with operators that did not have deals with Evolution. This means better revenues in the short run and a faster level of growth in the long run.

This deal is also based completely on cash, which isn't always the most common approach in acquisitions in the online gambling world. A total of $12 million is up for consideration initially with a future $6 million that could be added on at a later date as a part of the overall deal.

The Place for Live Dealer Games

There's a certain place for live dealer games in the online casino world right now, especially since we're starting to see a push towards virtual reality technologies. There have already been virtual reality casinos come out, but none have really pushed hard on the live dealer front. The combination of these two technologies and approaches could eventually lead to the most immersive online experience to date, and we expect Evolution Gaming to be on top of that if it comes.

It's worth noting that Ezugi was the only operator in the US offering online dealer games other than Evolution Gaming, and that could have played into things as well. People have been expecting online casino play to grow even further in the United States for quite a while on a state-regulated basis, and if that was to happen in the near future, it would position Evolution to have a complete takeover of the market.