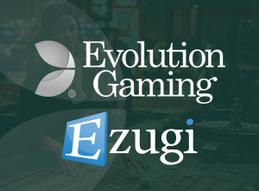 Evolution Gaming is very clearly the number one live dealer casino games provider in the world, and there has been a lot of talk of them buying out Ezugi for a while. Ezugi is an important competitor, and it's become apparent that this deal to purchase them has finally come through and is finalized.

Details on This Sizable Deal

A cash amount has been decided on for the purchase and has largely been carried out already. The total cost was $12 million along with another amount of up to $6 million available in the future based on performance and other metrics. This type of deal structuring is common in the online gambling industry, so it's no surprise to anyone who has seen numerous deals like this take place over the years.

To give an idea of the comparative value of the companies, they're expected to add between 2 percent and 4 percent to their revenues in 2019 as a direct result of this deal. That comes more because Evolution Gaming's software is so popular and is not a knock on Ezugi or their product at all.

What Evolution Gains in This

Someone who isn't familiar with the situation may wonder what Evolution Gaming really gets from this considering the relative size of the two companies. There are a few key items that are important here. First, it gives them an even firmer foothold in certain key markets like New Jersey in the United States. The US market is expected to continue to grow as Pennsylvania regulated the industry late last year, and having as strong of a foothold there as possible is important. Second, it gives them already established studio space for running their games, which is a significant cost in and of itself.

There's not really much that is expected to change for players as a result of this deal. The same games will continue to run for a while, though Evolution may replace Ezugi's tables and game selection with their own in key markets in the future. Since they offer more games than Ezugi, it'll only be an improvement overall from the player perspective.