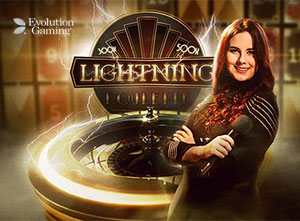 Evolution Gaming, one of the foremost names in the live casino niche, has recently received another award for its wildly popular Lightning Roulette title, which is a unique variation on the classic game ofroulette. The company edged out 10 other gaming studios to win the Game of the Year award at EGR's 2018 Operator Awards ceremony.

What This Award Means For Evolution Gaming's Future

This most recent award is one of a long, consistent string of accolades that Evolution Gaming has been given over the years for its outstanding live dealer software.

After being presented with the award at the London ceremony, Chief Product Officer Todd Haushalter commented that they "were particularly nervous with such tough competition in this category of Game of the Year."

About the EGR Operator Awards

The EGR Operator Awards is often referred to as "the Oscars of the eGaming sector." The annual ceremony is regularly attended by over 800 professionals in the online gaming industry, and it seeks to "reward excellence in eGaming." The ceremony itself was held in the luxurious Grosvenor House in London, and it is widely regarded as the most prestigious awards event for online gaming operators.

The awards given span a broad range of categories, including customer service, social responsibility, rising star, affiliate programs and various game metrics. This year's voting process was handled by the reputable third-party consultancy firm Deloitte in order to give the proceedings an additional level of transparency and stringency.

Evolution Gaming has been making a name for itself since it launched in 2006. Their entire career has been laser-focused on delivering the ultimate live dealer experience for players, and this has more than paid off for them. They're licensed in Malta, Alderney and the United Kingdom, and they have studios in both Malta and Latvia for broadcasting their games.

The company is known for having the best live dealer software in the industry, and they are consistently improving how they present video and audio feeds so that players get the most immersive experience possible. Currently, they have dealers that speak more than eight major languages, and their software is capable of performing beautifully even when a player's connection is slower than average.

Overall, Evolution Gaming is a top-tier live games provider, and their receipt of Game of the Year is just further proof of this.