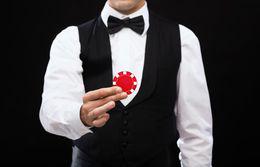 Cherry iGaming is the number one Scandinavian online gambling operator, and they've actually been named the Online Gaming Operator of the Year at the IGAs for the past three years the awards have been held, which is a pretty big deal. Evolution Gaming is equally perched atop the live dealer online casino game provider sector of the industry. These two companies have come to terms on a new deal that will see the latter supply live dealer games for the former in what is sure to be a great partnership.

Details of the Deal

This new deal will see live blackjack, roulette, Baccarat and the rest of the Evolution Gaming lineup added to Cherry's platform. This includes both their regular and VIP tables, and they will all be coming from their studio in Latvia. On top of that, the native speaking dealer tables from Evolution's studio in Malta will also be available, which is a service that's especially important because of all of the different languages used across the European market as a whole.

Live dealer games in 2016 come down to the fact that there is still nothing quite like playing in a land-based establishment, no matter what other advantages playing online allows. To this end, live dealer games from Evolution Gaming put players in a position where they can get all of the advantages of both online and land-based play without having to worry about hardly any of the disadvantages of either. It's basically the perfect combination of the two.

To understand the importance of this deal, it's critical to understand the importance of Evolution Gaming's position in the market as a whole. To say that they are simply the industry leader for live dealer games like Baccarat and others would be drastically underselling their accomplishments. They have more games in more languages with more options than any other provider out there, and they have expanded quite a bit to a wide range of markets, particularly in Europe, thanks to their domination of this particular sector of the industry.