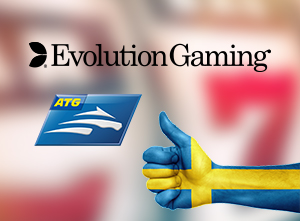 The situation in Sweden with their regulations towards online gambling is pretty complicated, but one thing that has come out of the recent happenings there is that Evolution Gaming has signed a deal that will have them providing their high-end, live dealer games as early as possible. This deal was made with AB Trav och Galopp, more well-known as ATG for short on an international level, and they are a horse racing operator that's pretty highly regarded.

When is Swedish Regulation Happening?

A new Swedish market is coming thanks to this re-regulation of the industry there, but it's not going to kick into effect until January 1, 2019. This is about half a year away, but they're already preparing for it in a major way. While that's smart in general, it's also due to the fact that it's such an atypical situation there where regulations already exist for gambling in general, and the entire framework is being changed.

AB Trav och Galopp has been around for quite a while. They first opened their doors in 1974, and while they have been particularly popular for a long time, they've recently redoubled their efforts to become as big as they can get. Their goal is to be the largest gambling company in their part of the world, and they have a serious chance to do it between their experience advantage on a lot of the competition and the fact that they already have a huge piece of the market there along with a very favorable reputation.

One of the cool things about Evolution Gaming is that they've been considered the live dealer games king for so long that it's to the point that everyone takes them for granted. They have been around since 2006, and since around 2008 or 2009, they've dominated the live dealer market. Most awards ceremonies give them the best live dealer product prize almost out of habit at this point, and while they have seen more competition over the past few years, no one has been able to really catch up so far and overtake them. This makes them a perfect company to come into the Swedish market and make a deal with one of the biggest names in the country.