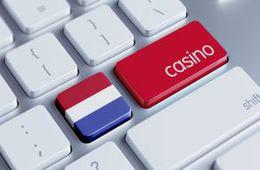 Something that regulators are really starting to understand more and more each year is that online gambling is going to grow according to the demand for it, not how much politicians cross their fingers and hope that it will either grow or go away. That's exactly what the Dutch government is finding out right now.

Regulator Kansspelautoriteit has found that there is going to be a year-on-year growth of about 7.6 percent from the end of 2014 to the end of 2015 in the online gambling industry in the Netherlands, and this is in spite of the fact that they haven't put their regulations for the industry into effect yet.

Smaller Piece of the Pie

About 13 percent of total gambling revenues in the Netherlands come from online gambling. However, the online sector is growing much faster than the land-based industry, so that percentage is very much subject to change. Kansspelautoriteit did point out that Dutch players seem to prefer land-based games more than many of their European neighbors, though that could be because of the relatively small size of the country and the higher availability and viability for land-based casino play based on geographic location alone.

The delay in implementing a regulatory structure for online gambling comes down to taxes. Land-based games are taxed at a rate of 29 percent, and there are complaints that online gambling, under the current proposed framework, would only be charged a rate of 20 percent. A big part of this is that they are trying to draw in companies for licensing deals, and they've already have more than 200 operators and software companies show interest.

Where This is Heading

It's really hard to tell at this point if they're going to make any progress on negotiations. It's unlikely that the Netherlands will decrease the taxes on the land-based casinos, so any compromise will probably involve a higher level of taxes for online games. While this will appease the land-based gambling interests and help regulation get through that way, it will also put off some of those 200+ who are interested in offering their services in the country. While that's not necessarily the end of the world for those companies, it does counter the increased revenues that land-based operators think the country will get from increasing the online gambling tax rate.