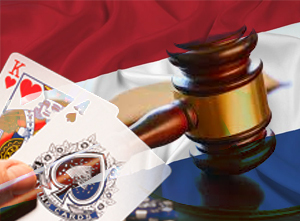 Ahead of the expected launch of the Dutch regulated gaming market in 2021, the Minister for Legal Protection, Sander Dekker, has published a set of secondary regulations with the industry stakeholders being able to submit comments on the proposed rules until the 18th of September.

The rules mostly deal with player protection, transparency around bonus offers, and impose a duty on the operators to monitor for and deal with problem gambling.

The newest set of supplementary regulations deals primarily in player protection as they wager in online casinos.

Taking a dive into the details on the newly proposed regulations…

…sees that license holders will face some stiff rules when it comes to operating in the Netherlands.

The draft confirms that the license fee for operators will be set at €45,000 with an additional €8000 for any amendments to existing licenses.

As a part of the licensing process, the gambling authority, Kansspelautoritet, will look at any previous violations of gambling laws, not just in the Netherlands but across all jurisdictions.

Combined with an already existing proposal of instituting a “cool-off” period of two years for any operator that had previous activity in the country before the regulations will come to power it’s clear that the Dutch regulator expects potential license holders to be on their best behavior.

Most of the proposed regulations have to do with protecting punters from misleading marketing and tacking the issue of problem gambling.

In that vein, players will not be able to lose a sum greater than their original stake. They will also not be able to play more than one game at a time including, for instance, two slots at a time. This rule applies to products in different verticals too, meaning it won’t be possible to play a slot game and a blackjack game at the same time.

Bonuses are tightly controlled too…

…with the operators being disallowed to offer them while the player is actively gambling and punters must have the chance to opt-out of them.

…the use of individual athletes for marketing campaigns will be prohibited!

Some bet types, like first throw-in, corner or card in football matches will not be allowed under the proposed regulations.

The publication of these proposed regulations comes ahead of the Dutch market’s expected launch in 2021. The Remote Gaming Act passed in the country’s Senate in February this year.

So far 183 companies have registered an interest in applying for a license.