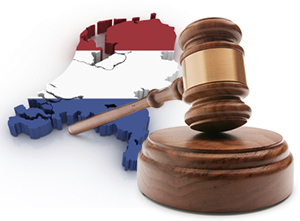 Something that any player who gambles online in any way, shape or form can tell you is that laws and regulations are constantly changing and in a state of general flux. There's no better example of this in recent times than the last-minute changes that the Dutch Gaming Authority has made regarding how online casinos can operate. They have made a number of changes, some of which definitely seem arbitrary at best, and this is drastically changing which sites are able to run in the country.

The Nature of the Changes

Starting at the beginning of June, there were a few changes made. First, games of chance are not allowed to be ran in the country from websites that have a .com domain extension. Second, there is no advertising in print, radio or television allowed. Third, any sites with domain names that would indicate some kind of typical Netherlands tie-in are not allowed. This includes, for the sake of example, no websites with windmills. Fourth, there are no sites allowed that use payment methods that are generally used by Dutch people.

The Targeting of Minors

While the above guidelines seem out of character for what we normally see in terms of regulatory changes, there is also another focus that is more in line with what is typical. That is a focus on underage gambling. Officials have went on and on in the Netherlands about sites that target minors and that accept underage players. Sites that are licensed in major jurisdictions don't do this, and there are serious implications for those who would in terms of having their licenses yanked and being completely blackballed by the entire industry, so it's not a winning proposition.

In terms of moving forward, it's looking like their Senate is still trying to pass a bill that would regulate the industry under particularly strict measures. There's no guarantee that it will be passed, but it would definitely be better than what they have going on right now with this somewhat strange set of rules they're using to target various unregulated sites.