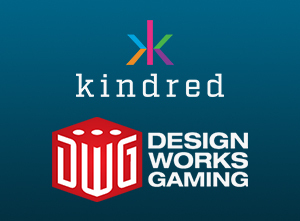 Design Works Gaming (DWG), the Arizona-based casino provider, has increased its European market through collaboration with Malta-based casino provider, Kindred Group. According to the deal, Design Works Gaming agreed to supply Kindred with its premium games that are created to boost excitement and bring the atmosphere of Las Vegas nightlife. More than 80% of DWG’s titles have unique game attributes and very good math models. As part of this new alliance, the provider will be distributing its content across Kindred brands too. The agreement covers top-performing slots such as Hold Your Horses Flippin 'Rich, Bear Tracks, Tiger Palace, Wealthy Pig Classic, and other games.

Expanding its Reach Across Europe

Kindred Head of RNG Casino Gareth Jennings, said:“We value casino content which offers our customers something fresh, and DWG’s Vegas-themed games certainly deliver. Our players demand original games, in a safe environment, which are engaging, intuitive, and above all else, fun. Adding Design Works Gaming titles to our portfolio underlines our commitment to offering the best casino experience on the market.”

Design Works Gaming CEO Troy Zurawski, added: “Partnering with Kindred Group is another major milestone for DWG. Since we launched our RMG offering, we’ve grown quickly by building deep and mutually beneficial relationships with forward-thinking operators such as Kindred Group. We are committed to working closely with Kindred so its customers can enjoy the full DWG experience.”

Design Works Gaming is a casino provider with rich history and its story started many years ago, back in the 1940s, during the second world war. The CEO and founder, Troy Zurawski, follows his family business, which has roots for over 80 years, and he is 3rd generation in the family to be part of the casino industry. He founded the brand in the mid-2000s, and with his enormous experience and great knowledge of casinos, he was in front of the competition. In the early 2000s, he noticed that the online casino industry has a weak relationship between providers and players, and he knew exactly what to offer for punters. Zurawski decided to simplify the process and made game development efficient and accessible for customers. Its mission is based on the fact that gameplay is most important and comes first. Rather than releasing slots with similar features and styles, the team focused on creating unique games.