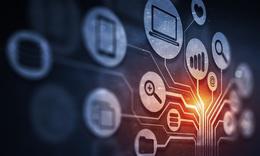 In the online casino world, having more games from strong software providers will always be a good thing, and that's apparently the opinion that Deckmedia has since they have added titles from two big software developers to three of their brands. Box 24, Black Diamond and Spartan Slots now all have games from TopGame and BetSoft available, and this rounds out their overall game selection very nicely.

Titles Available for US Players

Something that makes all of the Deckmedia brands stand out is that they accept US players. Along these lines, they only work with software companies like BetSoft (read more) who allow their operators to accept players from the United States. This puts them in a situation where they are an industry leader in this particular country, and their sites are among the best that Americans can access. A big part of this is the simple fact that they have one of the best game selections available to players from this part of the world.

The Types of Titles Added

In this new move, Deckmedia has added lots of 3D titles from BetSoft in addition to a variety of TopGame slots (find more here) that have tons of different themes. This launch is starting off with four top names from BetSoft: Safari Sam, Gladiator, Barbary Coast and the new 4 Seasons. More titles are coming in the future as they roll games out with a strategy that will see players get several waves of new titles before they are all integrated into their software platform for easy access whenever players want.

The State of US Online Casino Play

Reform is coming for online gambling in the United States, slowly but surely, but one thing is for certain: The government came out in 2011 to clarify that there is no federal law making online casino play illegal. Players should abide by the laws in their individual states, but sites like those operated by this group are gaining a lot of ground in the industry, and as they build up more games and more players, we'll see them have their strongest year yet in 2016. Overall, they're great sites to play with regardless of where you're from, and they have the game selection and track record to prove it.