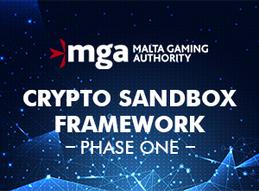 The Malta Gaming Authority has started the first phase of their sandbox framework for crypto. This part of the project is expected to run for 10 months, and they will be accepting applications during this time. The applications are for what they're calling the usage of Distributed Ledger Technology Assets, which is another way of saying the blockchain technology that cryptocurrencies like bitcoin are based on.

What to Expect During This Time

There's probably not a lot that's going to happen in terms of changes for players during this time. Instead, they're gauging interest and working on a framework for building guidelines for the cryptocurrency gambling space. As it stands right now, they don't have any crypto-specific guidelines.

While that may come across as surprising considering that they are one of the top regulators in the world, it's really not because crypto is still a relatively new technology, especially in the online gambling space, and standards haven't really been set anywhere for its use at this point.

Possible Extension for This Phase

Something worth noting is that the MGA has openly admitted that they may expand the first phase of this roll-out if they feel the need to. This is a good thing because they're admitting that they're going out into uncharted territory, and we would much rather see them have some built-in flexibility on this point than to try to push things to meet an arbitrary deadline before they're ready.

But one thing we do know for certain is this: Once the first phase is over, they will start accepting applications from existing licensees for the ability to use the Innovative Technology Agreements that they are working on during this initial period of time.

A Time of Development

During this 10-month period, there will be lots of suggestions and lots of work put into developing a framework to regulate this type of cryptocurrency exchange. We don't really have any idea which angle they're going to use to approach it, but we know that security and privacy are going to be two primary concerns. Other than that, we'll mostly just have to wait and see, but we have a lot of faith that the MGA will figure out something that works well for everyone.