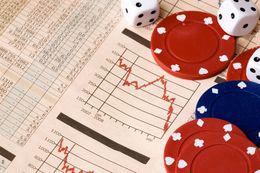 Business deals happen all the time in every industry, but in the online gambling industry, the way jurisdictions and licensing is handled now means that even more strategy is involved in making purchases and acquisitions. Recently it's been announced that Cherry AB, a Swedish gaming company, has made a deal to purchase 49 percent of ComeOn, a popular brand that includes sites like ComeOn.com. They also have the option to purchase the remaining 51 percent at a later date.

Which Properties Are Included?

One question players will have right off the bat is about which properties are included in this purchase. ComeOn.com is the most obvious answer, but it also includes other brands like GetLucky.com, CasinoStugan.com, Mobilbet.com, folkeautomaten.com, Suomikasino.com and others. While some of these brands might not be as popular on a global stage, some of them are particularly well known, and they have over 133,000 total customers between their different brands combined.

What's also important to realize is that ComeOn has several important licenses, including Curacao, Malta and the United Kingdom. A big part of this deal is obviously Cherry AB wanting to hold licenses in those jurisdictions, particularly in the United Kingdom, which many see as a very logical place to continue their expansion.

Value of the Deal

Right now, a total of EUR 280 million is considered the maximum that they'll pay for the entire ComeOn brand. This is based on a figure of 10 times the operating profit that they had in 2016, which is estimated at anywhere from EUR 19 million to EUR 23 million. What's interesting about this is that they posted a profit of only about EUR 13 million for last year, which was up a whooping 70 percent from 2014. ComeOn has clearly hit a quick stage of growth, and it looks like Cherry AB is trying to pick them up right away as a result.

As of right now, EUR 80 million is being paid for 49 percent of the company, and they have until the end of the year to exercise their option to purchase the remaining 51 percent. That will largely depend on how ComeOn does this year, it would seem.