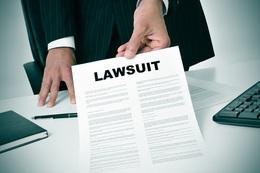 The two biggest names in daily fantasy sports in the United States are FanDuel and DraftKings. DraftKings has a deal with the National Football League, and FanDuel does not, and that might have something to do with the class action lawsuit that the latter is facing thanks to player Pierre Garcon of Washington. This lawsuit is the fourth against a daily fantasy sports provider inside of the past 30 days.

Details on the Lawsuit

This lawsuit was filed in Maryland, and it alleges a number of specifics that basically come down to using player names and likenesses for promotion without permission. It's important to note that DraftKings was not mentioned at all in the lawsuit, so this is likely to have a lot to do with the fact that they simply don't have a deal in place to use the player names. It's not immediately apparent if they need permission in the first place, but that's the lawsuit in a nutshell.

A number of problems have been plaguing the daily fantasy sports industry lately. They've been effectively barred from a number of states, and the government is looking into regulating them more and more. While regulation wouldn't necessarily be a bad thing, if they're found to be subject to the UIGEA, then that could turn out poorly for the online gambling industry as a whole.

It'll be interesting to see if the PokerStars-related product StarsDraft ends up on the receiving end of any of these lawsuits that are popping up left and right as well. They have a precarious position with the Amaya Gaming Group trying to get PokerStars licensed in New Jersey, and with the bad actor title hanging over their heads because of the history of the brand, it could spell trouble for poker players in the future.

The Bottom Line on the Lawsuits

If a court rules that FanDuel can't use the names of the players in their contests, then that could throw the entire industry on its head because each individual company would need to make a deal with each individual league, and that would create tons of complications. It also reduces the chances for competition to spring up, and that hurts the players quite a bit in the long run.