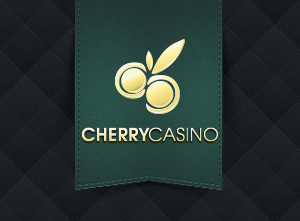 The business deals that happen in the online gambling world can be very interesting. This is even more the case over the past few years when more companies have been merging in an attempt to beat out competitors, which in turn has led to an upward pressure for companies to get bigger and bigger in order to have a chance in the market. Cherry has recently exercised an option from a previous deal to pick up an additional 7.5 percent of Almor Holding in a similar business deal.

Back in 2015, Cherry purchased 75 percent of Almor Holding. They retained an option to acquire another 7.5 percent afterwards, and this is the option that they have called. They have 82.5 percent of the company at this point, and a big part of this is because Almor has performed well above what was expected for them at the time of the original purchase. What's so interesting about this is that Cherry has future options to acquire the rest of the company if they so choose, and if things continue the way they have, it's hard to see a situation unfold where they'll decide not to do that.

Cherry AB makes a lot of deals like this. Less than a year ago, they purchased 49 percent of ComeOn in a deal that got a lot of attention, and the cost there was in the range of €80 million. The price they are paying for the additional 7.5 percent of Almor is around €1.2 million, but they also have the option to pay it in class B shares of Cherry.

Picking up more online casinos and companies that offer online slots and other games will probably come for Cherry, but that remaining 17.5 percent of Almor is also a juicy target for them. They have three years to pick up the remaining piece of this company at a rate of five times its EBIT, which is likely to increase if they keep performing the way they have. Regardless, Cherry may elect to wait a little while before continuing this purchase as per the terms of the original acquisition.

Press Release, Cherry Has Called on the Option to Acquire an Additional 7.5 Percent of the Shares in Almor Holding Ltd cherry.se, April 13, 2017