Certification in the UK Added to iSoftBet's Credentials 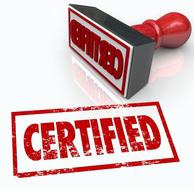 Different jurisdictions hold different weights in the online casino industry. A license in Costa Rica, for example, is generally seen as little more than a rubber stamp, but a license in the United Kingdom is a really big deal. This all comes down to how the different jurisdictions are handled and how much credibility they have in terms of having solid rules that are enforced. For iSoftBet, they've recently been awarded a level 3 software compliance certification in the UK, and this drastically improves their own credibility as a result.

In the United Kingdom, a number of changes were made to the framework for online gambling back last year, and this involved a complete restructuring of how taxes and other issues were handled. The end result was one of the strongest jurisdictions available today, and getting certified by them means that you're really following the right business and auditing practices for being a part of the industry. Because iSoftBet has achieved this, they have now shown on a global stage what standards they operate from, and as we mentioned above, that helps their credibility tremendously.

People who pay attention to online casino news will recognize that a handful of new iSoftBet slots were released this year. This year has been pretty huge for the company so far, and they've extended their reach in a major way by adding deals with software bundle providers and individual operators. Their approach has been about achieving aggressive growth through a high-quality product, and it's been an approach that's worked really well in the past 12 months. With this new certification in the UK, it looks like they'll be able to turn up the aggression that much more.

Having people trust in your brand is one of the most important parts of the online casino industry. The reason for this is that the industry as a whole is fairly disjointed, and there is no international set of standards that companies are encouraged to abide by. Each country has their own rules, regulations and laws regarding gambling on the Internet, and this means that it's really difficult to try to get everyone on the same page in terms of best practices and standards. With a certification from the UK, however, you'll stand out on the best terms that the industry has at this time.