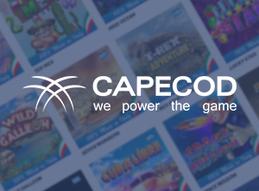 A dozen new titles have been added to the lineup for Capecod Gaming's casino platform. They are all slots, and four of them have been developed by Bakoo while another four were developed by ElsyAdmiral, and the final four were built by Capecod themselves. This adds a pretty significant chunk of games to their total.

Details on These Releases

Up first is Reel Coaster, a game based on a carnival theme. You'll also get access to Miss Ocean and Time Machine Creator from Capecod in this mix.

From ElsyAdmiral comes T-Rex Adventure, Pyramid Escape and IX Legio. You'll find the Seven Wonders in this number as well.

Finally, we have a set of four titles from Bakoo. This includes Space Mission, Cuba Libra and Wild Galleon, and you can tell from this set of titles that they cover all kinds of different themes and concepts, which gives players a pretty tremendous set of games to try out.

The Importance of These New Titles

It's a pretty big deal to release a dozen new slots all at the same time all on the same platform, even if some of them were developed by different companies. The reason this is so huge is that it almost puts players in a position where they can't even keep up with all of the new content being released, which is the exact kind of thing that will make players want to seek out casino sites that use a particular software platform. If you can make players seek out your platform specifically, then you've pretty much won when it comes to the software side of the industry.

Capecod Gaming is known for their HTML5 platform and titles. They have actually been around since the late 1980s, but they started focusing on online gaming later, particularly in the mobile market. Their headquarters is in Italy, and this puts them right in the hotbed of European regulated markets, so they're able to really make strong relationships with the different governing bodies there. This has helped them to keep things going from a strategic and business sense as well.