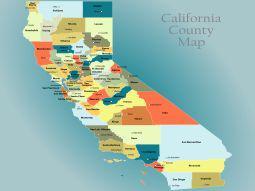 In hearings this week in the joint Senate-Assembly for the state of California, Governmental Organization committees heard expert testimony from several interesting parties that had a lot to say about the feasibility of vetting and licensing operators. They also heard from others who had other types of interest in the proposed legislation, and a strong case for online poker's expansion continued to be heard.

One issue at the heart of the situation is whether or not the appropriate government bodies would be able to handle the licensing and regulatory aspects of turning California into a legalized online poker jurisdiction. The California Department of Justice would be the main party in charge of presenting cases for and/or against different operators who would be applying for licenses, but the California Gambling Control Commission would be the group with the final say. Cooperation between these two groups has been an issue in the past, and it was one of the major points brought up in this week's meetings.

There have been some pretty big complaints from the California Horse Racing Board about the expansion of online poker. They're wanting in on any sort of online gambling expansion because they believe that they aren't being allowed to play on an even playing field if some types of gambling are allowed to operate online while others aren't. Rick Baedecker, the executive director of the Horse Racing Board, laid out a substantial case for the inclusion of horse racing based on the large decrease in revenues they have seen with the expansion of other types of betting.

Online Gambling in the United States

At this stage in the game, online gambling is being regulated on a state-by-state basis in the United States. Federal regulation is unlikely, so the states are regulating the industry within their own borders. Because there are 50 states, it could take a long time for meaningful progress to occur since only three states (Delaware, New Jersey and Nevada) have any type of regulated online gambling at all. California could contribute to this picture in a major way because of their population, but they have to make it through the political red tape first.