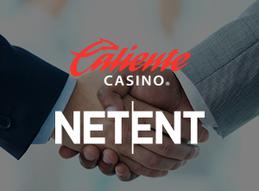 Getting into new markets is really important for Net Entertainment. However, they're only really interested in entering regulated markets, and if we're being honest, then they've already got some kind of presence in most major regulated markets running today. However, they've recently signed and implemented a deal with Caliente in Mexico that has gotten them into yet another area of the world.

Details on the Caliente Deal

Caliente is a company that operates a network of online casinos for the regulated market in Mexico. They have a tremendous reputation, and they are the largest online operator of any type of gambling in the entire country. As a result, they're a pretty big deal, and they signed a content distribution agreement with NetEnt that sees them include their entire portfolio of titles in their platform for these casino sites. It's very exciting because it'll be the first time that most players in the country are able to play these titles for real money.

The Expansion Into Regulated Markets

Something really important about NetEnt's expansion strategy over the years is that they only operate in areas that have explicit regulation for the industry. As a result, they've never had to deal with "bad actor" claims and other types of issues that would keep them out of certain markets. It also puts them in a position to get a foothold in new markets before the competition because of their excellent reputation in taking care of players and in working with local regulators to make sure that they are in compliance on every level.

In 2018, they're obviously looking to keep pushing along with the momentum they have built over the past few years. However, they're really going to be innovating in a number of ways, some of which they have announced publicly, and they're going to be releasing a lot of exciting titles like they always do. Because they are at the top of the mountain of casino software providers in terms of game quality, they always have a target on their back, but that's been the case for them for years now, and they definitely know how to handle it.