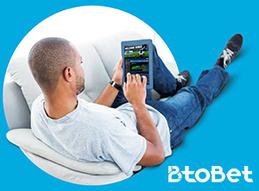 In terms of both the number of bets placed and the total monetary volume of bets placed, football is the most popular sport for betting in the world. BtoBet's CEO Kotstandia Zafirovska was a part of a panel of CEOs from suppliers at the 2017 Betting on Football event. This event was organized by SBC News and happened in London, and it brought up a number of key reasons why football is where it is right now.

The Popularity of Football Betting

One of the things that BtoBet focuses on is where the industry is going, and they focus on the present and the future along these lines instead of being worried about the present and the past, which is what many competitors stay focused on. Of particular note are new innovations for in-play wagers and new technological advances that could open up ways to bet that haven't been seen so far.

On the technological side, it would seem that smartwatches were a bit of a flop, but virtual reality betting could be a key part of the lineup in the upcoming years.

Why is Football Betting So Popular?

Another important topic was why betting on football is so popular in the first place. Media coverage is a big part of that, and the huge amounts of money involved for the players is another thing that attracts people to the sport in general. The more people are attracted to the sport as a whole, the more people bet on it, so it's easy to see how that all comes together.

Where This Industry is Heading

It's not particularly clear to see the direction that the industry is heading in. Most companies have been hung up on in-play betting for years now without trying to push on to whatever the "next big thing" will happen to be. We've already seen virtual reality online slots coming out later this year, so we wouldn't be surprised to see something along those lines come out. Fantasy football was another option, but it seems that has largely been shut down (at least compared to its peak popularity), so the newest innovation could come sooner or later, and there's no real way to know.

Press Release, The New Landscape for Betting on Football btobet.com, May 8, 2017