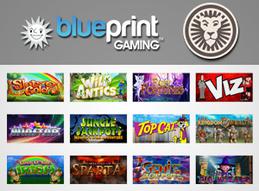 There are a lot of things that can be measured in an online casino, and one aspect of this from the business side is seeing which games are the most popular with players. LeoVegas Casino has been using metrics like these to determine the popularity of their own games, and they've found that titles from Blueprint Gaming have been doing especially well after they recently added them to their game selection.

Which Games Are Included?

The slots by Blueprint Gaming that are getting so much buzz are the games that have multiple tiers of bonus games. The actual list of titles includes Casper's Mystery Mirror, King Kong Cash, Wild Antics and others. These games are live already, but more are on the way from this provider, including Jungle Jackpots, a game that has gotten a fair amount of attention at other sites as well. The strong performance of these games isn't particularly surprising, but it's interesting to see them catch on so quickly after going live at this casino.

Previous History by the Numbers

Something interesting about the use of statistics like this to measure the popularity of slots is that the data is available on a lot of different levels. For example, we already know that Blueprint's games have been extremely popular in the United Kingdom for quite a while, and now we're seeing how they're doing in the rest of Europe. The popularity just continues to grow, and it's getting to the point that players are looking forward to releases like they do for the larger names in the industry.

LeoVegas has been up and running since 2012. They're a casino that consistently gets high ratings everywhere, and they are based primarily around the Net Entertainment and Microgaming Quickfire software suites. Their game selection is pretty solid as a result of having titles from so many different software providers in one place, and players can enjoy the games from their desktop interface or from mobile. While their selection of slots, including those from Blueprint Gaming, gets a ton of attention, they are also known for a competitive collection of table games, which just goes to show that every type of player can find something they're looking for here.