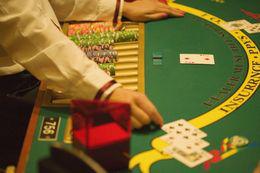 Blackjack is a game that has quite a few living masters, and Ken Smith is one of them. He had an atypical path to where he is now, and he recently talked about his history in the industry and with the game of blackjack in an interview he conducted with LatestCasinoBonuses.com. In this interview, he talks about a number of topics, but most of it centered around how he got into blackjack and how he became an expert on the subject.

Going back to his teenage years, he started off teaching himself to program on personal computers when they were still fairly new. He was completely enthralled with the programming process, and he eventually got his very first job programming software when he was only 15 years old. This is so important to Ken because he later majored in Computer Science and started his own company when he got out of college. He eventually had clients in over one-half of the states in the US, but he stopping being involved with that to really go into his gambling websites as a full-time endeavor.

Getting Started in Blackjack

The way that Smith got involved with blackjack is a little atypical. Some people get really interested in gambling and sort of fall into it. Instead, Ken knew he was going to be going to Las Vegas on a trip in the middle of the 1980s, so he researched the games in a local library to find some basic strategies on how blackjack worked and how to minimize the house edge. He took his trip and played solid basic strategy, and while he mentioned that he specifically remembers enjoying that trip, he honestly can't remember how he did at the tables.

Living in Mississippi gave him another opportunity to play blackjack in the early 1990s when the state opened its first casinos. His interest in blackjack piqued once again, and he started collecting books from all of the top authors on the game like Wong, Uston and Thorp. He had a minor in Mathematics in college, and that background made it fairly easy for him to dig into the technical details of why the games worked like they did and how he could learn to take advantage.

This led to Ken finding a lot of great games in the Mississippi casinos that he could beat because they didn't care at the time so much about card counting or a few players getting an advantage on the house. It was very much a case of being in the right place at the right time, and he took full advantage.

The combination of his interest in blackjack, his background with computers and his background in mathematics created the perform storm for Ken, and he started building his own software to analyze blackjack games to test out the different systems he was reading about. He used his already intuitive feel for these three aspects of blackjack study to build a very strong feel for how the different systems functions and what worked and what didn't. This was ultimately the background that pushed him to be the blackjack expert that he is today.

Later in the interview, Smith got into the meat and potatoes of what many players would want to know about the most, and that's beating the games in today's climate. The first thing he had to say about it, and possibly the most important, was that for players who don't have the ability to travel very far, it's pretty much dead in the water. Casinos are so strict now about card counters and advantage players that it's virtually impossible to get a lasting advantage and keep it.

He also mentioned that "marketing mail," meaning different promotions and comp offers, are the biggest way to get an advantage against the house using blackjack in today's casino environment. This is in line with what we have seen from other experts on the subject who have went so far as to say that this might be the only advantage that the vast majority of aspiring blackjack players will be able to achieve.

What's clear from this interview was that Ken Smith, although he is done with the industry after selling off his sites and his books and focusing on traveling, made a pretty big impact on the blackjack industry, especially during the 1990s and early 2000s. Now it's up to a whole new generation of players to find advantages in different types of casino games and ways to exploit them.