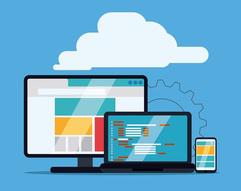 SlotsMillion is an online casino that's known for having an overwhelming number of online slots. Their whole gimmick is this idea that they have more slots in one place than anyone else, and it's really the case since they have well over 1,000 titles. Thanks to a new content deal with BetSoft, that number's going to increase to even higher levels.

Industry experts have taken notice of SlotsMillion's approach before, and it's been noted on more than one occasion that the one "big name" they hadn't made a content deal with was BetSoft. It's unclear why this is, but what we do know is that this is no longer an issue thanks to their most recent deal.

What's really important to note is that this deal is for their virtual reality product as well. We've noted on more than one occasion that virtual reality is going to be the platform of the future now that mobile has dominated for a few years, and this is yet another indication that this assertion is correct.

SlotsMillion has a strategy that's based around something we've seen before. If we look back to what the online casino industry was like about six to eight years ago, everything was about quantity. Then companies like NetEnt and BetSoft made big names for themselves by focusing on quality instead by producing games that had better graphics and visual appeals than anything that was already available on the market. SlotsMillion's strategy is the evolution of the industry come full circle now that they are focusing on having the highest quantity of high-quality games.

This deal brings up another important point: Virtual reality casinos are coming, and they're coming sooner than people are expecting. For the past couple of years, the top software companies out there have been showcasing VR technology at trade shows and events, and Microgaming made waves with their VR roulette game earlier in 2015. Now we are actually starting to see the beginnings of VR casino products, and it's going to be extremely interesting to see what new technologies and approaches to the games come from the next step in the evolution of the industry.