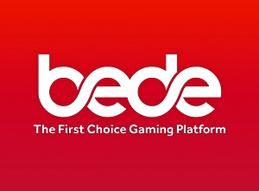 Bede Gaming, a UK, and Alderney licensed software supplier to regulated markets headquartered in Newcastle upon-Tyne, has added a great variety of games to their offered portfolio following a just-announced partnership with The Games Company.

The Games Company is an independent UK casino game developer founded by Hans Winkelmann and Ian Matthews in 2012 with studio and labs located in Portugal. In addition to game production, the company has its own remote gaming server platform offering third-party content. TGC is licensed by the UKGC and AGCC as well.

Bede Gaming CEO Michael Brady said that they've been very impressed with the high standard of games TGC offer and that the games have been performing well on the market. He magnified that with, "Adding premium content to our offering is a key part of our ambition to become the first-choice gaming platform in regulated markets. Partnering with The Games Company is a major step towards achieving that goal."

Managing Director at The Games Company, Hans Winkelmann said: "Bede Gaming is known for its high-performing gaming platform, and we’re thrilled to be working alongside them.

"The integration process has been very straightforward, thanks to the platform’s flexibility and scalability. The speed of it means we are quickly accessible and the openness of Bede PLAY means our content is now available to any of their clients’ brands without need for separate integrations."

Bede Gaming was also founded in 2012 and in addition to offering content via PLAY, they also provide BedeHUB, a complete solution including content, marketing, and back-office tools and can integrate with any 3rd party supplier, including landbased systems. Bede PLUS is the services division. The company works in the casino, bingo, sports and lottery sectors. The Rank Group moved their entire digital operation to Bede in March 2016 and has seen phenomenal growth in digital revenues via Grosvenors and Mecca Bingo since then. Their partnership with The Games Company is in line with the company's goal, announced in September, to pursue new partnerships.

Square in the Air Press Release, Bede Gaming partners with The Games Company 10-23-2017