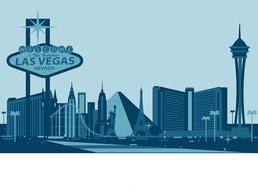 New online casinos launch on a regular basis, and it creates a situation where many players don't really see a reason to get excited about a site until they've been around for a few years and taken the time to prove themselves. While we would typically be inclined to agree, the new Monsieur Vegas online casino, operated by Azurolongo, could prove to be the exception to this rule because they have everything going for them to indicate good things in the future for this brand.

For any new online casino, the games that they initially offer will largely determine how many players they're able to get to visit the site for the first time. The new Monsieur Vegas online casino isn't playing around, and they're going to offer titles from both NextGen and Net Entertainment. More games could come in the future, but for now, they're going to offer games from each of these software vendors. This will give players a good selection of top-tier games, including some of the best slots in the industry.

Something that really looks good for this new site is that they're coming with the full package from the beginning. Azurolongo already has a license in Curacao, so it's not like they're an unknown company starting up a new site. They're also offering full player support along with mobile and live dealer options from day one. Their payment processing will happen through the Malta-based Trecoloni company, a company with a solid reputation in the business. Overall, they're looking like they're doing everything they can to start off strong.

Will They Sink or Swim?

Whenever a new online casino comes out, it's virtually impossible to tell for sure if the site is going to sink or swim. While industry experts can look at all of the relevant aspects of the situation to determine whether a site is more likely to succeed or fail, it ultimately comes down to a number of variables that are impossible to know from the beginning. Along these lines, even though all signs point to Monsieur Vegas turning out to be successful, it's impossible to know for sure until they get a couple of years under their belt.