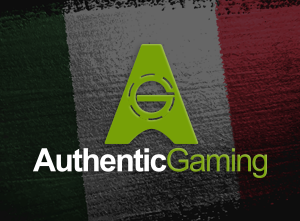 The Italian online gambling market has seen some expansion this year, and the latest on that front is the entry of Authentic Gaming, a software developer primarily known for the quality of their live roulette games. This is a pretty big deal for the company as it puts them in front of a ton of new players that they would not have had access to previously.

Bringing Live Roulette to Another Level

The product of theirs that's probably the most popular right now is their ARENA innovation on the live roulette space. This gives players access to a few different styles of the game. This offering includes classic roulette, a speed-based variant, a VIP variant with higher bet sizes and a Blaze variant that is exclusive to their offering and that hasn't been seen anywhere else.

We normally see innovation in the slot space, so to see it on the table game side of things is a pretty big deal as far as these things go.

Partnerships for This Deal

Both Eurobet and LeoVegas have made deals with Authentic Gaming to host their offering as a part of a content distribution agreement with each of those operators' Italian-facing online casinos. These are some pretty big names overall, especially within the regulated Italian market, so they're definitely starting out on the right foot when it comes to how they're delivering their titles to the Italian players.

Whether they will be able to get deals with other operators in that particular jurisdiction is yet to be seen, however, especially since Italy is a bit tighter with how they regulate those things than many other jurisdictions.

This is the third regulated market where Authentic Gaming has been able to get their foot in the door in the past year, and this shows a continued push towards expansion into these regulated markets. This type of growth is key to a software company like this so that they can continue to get bigger and have a better offering. A sort of snowball effect comes from this where they can continue to expand and do better and better with their games in front of more and more players over time.