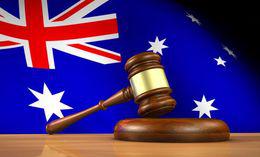 A new bill has been introduced in Australia that could have some important implications for online gambling in the country. The Interactive Gambling Amendment Bill of 2016 was introduced by Communications Minister Mitch Fifield, and its goal is to limit certain types of online gambling operations and to give the government more power over the online gambling sector. It's an interesting bill that seems to only target one specific type of betting, but it's a bit more complicated once you get into the meat of the language.

There's an exception allowed in the online gambling laws for Australia that allows for certain types of online gambling with foreign operators by using what's called a "click to call" service. This essentially simulates a phone call, which puts it on the legal side of the line as to which options are allowed and which are not in the country. Following the same types of arguments that we've seen before with the UIGEA in the United States, Human Services Minister Alan Tudge continued his assault by comparing the problem gambling rates of online vs. land-based players.

His use of statistics would be more effective if they weren't being taken completely out of context to the point of being misleading, but that's something that politicians don't really have a problem with.

There are various changes that this bill would add, including closing the "click to call" so-called loophole. In addition, it would give the Australian Communications and Media Authority (ACMA) the authority to issue different types of penalties, injunctions and the like to companies that engage in what they deem to be problematic behavior.

In an interesting note, it would also give ACMA the power to open up lines up communications with international regulators, particularly regarding prohibited gambling services. This seems like a good start on getting Australia off on the right foot until you realize that it's essentially a useless gesture if it's not expanded on.

For now, Australian players really have no problem enjoying online pokies and playing the games that they want on the Internet, no matter what kind of ineffective ban they put up.