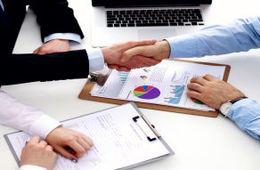 Since July, 888 Holdings has been fighting a fierce and entertaining bidding war with GVC Holdings over the purchase of Bwin.Party. We've seen big offers countered by even bigger offers, and the advantage has switched back and forth a number of times during this whole ordeal. However, it looks like GVC is officially the winner now because the 888 Holdings board has pulled support for any deal with Bwin.Party.

The Final Days of the Bidding War

The final bid from 888 Holdings was just under £900 million, and GVC countered with an offer worth about £1.1 billion. This is a pretty sizable jump, and 888's board doesn't seem too interested in any deals above that. In their official statement on the matter, they noted that they don't believe Bwin.Party is worth enough to justify continued bids, but they do intend on going after other strategic purchased to continue their growth in different areas.

There were some other factors in Bwin.Party choosing GVC as well. Because of the way the companies overlap differently compared to Bwin.Party and 888 Holdings, their future savings per year will be greater with GVC. This tied into many other factors to show that the larger bid price wasn't the only issue, and even if 888 had bid somewhat higher, it was no guarantee that they would come out on top.

In an interesting piece of news that's being somewhat lost in the shuffle, the Amaya Gaming Group still hasn't released anything about why they seem to no longer be partnered with GVC in this deal with Bwin.Party. It was an Amaya-GVC partnership that was initially being used in proposals to purchase Bwin.Party, but future offers had Amaya nowhere in sight. They were a part of one of the largest deals in the industry last year with their purchase of the Rational Group (owner of PokerStars and Full Tilt Poker), so their absence from this deal is pretty interesting.

Overall, this has been one of the more entertaining stories of 2015 that's lasted the longest, and with the way that things have been going so far, we wouldn't be surprised if something else happened before this deal was finalized.