666Bet Announced They Have No Money to Repay Players 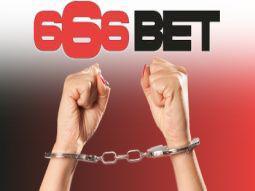 One of the most important things that online gambling sites are supposed to do with money in player accounts is keep them in segregated bank accounts so that the funds don't mix with each other and so they do not mix with operating funds for the site itself. The point is that the money still belongs to the player at that point, even though it's in an account with the casino. By keeping the funds from being mixed, it prevents the spending of player funds that do not belong to the gambling establishment.

666Bet has announced to the UK Gambling Commission that they did indeed violate this rule, and now they have no money left to pay out to players who are requesting withdrawals. This happened as a result of the investigation of players not being paid, and 666Bet is in a bit of trouble it would seem. Their parent company Metro Play could catch major heat from this development as well.

What Happens From Here

Metro Play is looking to secure funds that can be used to repay player balances. The Gambling Commission has went to notable lengths to point out that Skrill and at least one other payment method will be made available for players who wish to cash out. Also, Metro Play and 666Bet have announced that a special email address is going to be published that will be dedicated to this payout issue only. This is an important move to increase the level of communication that's being given with players.

The Seriousness of the Situation

The United Kingdom does not play around when it comes to how they enforce the rules and regulations that they have over online gambling. However, they also want to do their best to make sure that the players are repaid. For a site like 666Bet to violate one of the most basic rules, that of segregated accounts, it means that the Gambling Commission is probably going to come down hard, but coming down hard without the players getting paid is only going to create resentment among everyone.