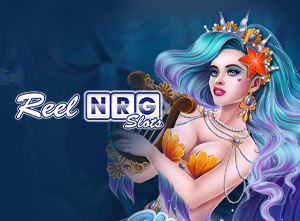 ReelNRG is an online games development firm that was founded in 2016 and is based in London, England. It was founded by Calvin Kent and Amit Majumdar, and together these men have over 40 years of experience in the online gaming industry.

The company is licensed to operate through the UK Gaming Commission as well as the Malta Gaming authority. It's also noteworthy that ReelNRG games are eCOGRA certified, which goes a long way in establishing a trustworthy reputation for their brand.

Jump in With Instant Play

ReelNRG's approach to developing games is to focus the majority of their resources on the actual games instead of splitting their focus between games development and platform maintenance. While this strategy is not for everyone, it's a smart move for such a young company.

What this means for players is that all of their slot titles are created with HTML5, which allows them to be played quickly and easily across most devices and operating systems. There won't be any cumbersome software packages to download or long wait times, so anyone can jump right in to trying out their games without much effort.

This flexibility is an important part of the ReelNRG mission because they are able to more easily make deals with operators to host their games since they are compatible with most browsers and mobile devices.

Every online gaming company in the industry cannot innovate something brand new. For some brands, it's better to take a well-established path and update the approach when possible. This is how the founders of ReelNRG are handling the early phases of their company.

Rather than trying to break away from the other names in the industry with something wild or edgy, they are taking their combined decades of experience in all aspects of online casino software development and using this knowledge to create a reliable, appealing gaming experience.

This will solidify their reputation, and it will allow them to have the space to innovate and develop a unique signature later on down the road.

Developing slot titles with the intent of integration into other platforms allows for easy and rapid expansion, and it makes partnering with big-name operators or aggregators much more streamlined, which is an ideal situation.

ReelNRG's current portfolio is something that operators will look to for the purposes of adding diversity to their catalog rather than giving a huge numbers boost.

One thing that ReelNRG is already known for is its top-tier visuals. Every game they have released features artwork that is both eye-catching and highly detailed. In many cases, the games look like they have been pulled straight from famous animation studio storyboards or high-end video game concept art.

This level of visual appeal is something that players will love and operators should keep an eye out for.

ReelNRG is still somewhat green by industry standards, but their commitment to providing quality and an outstanding gaming experience bodes well for the future.