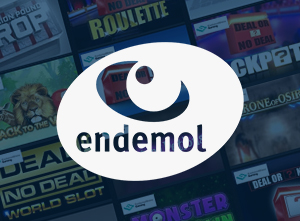 Endemol is a synonym for entertainment. Once, one of the leading global providers of television entertainment, author of some of the most popular TV shows such as Your Face Sounds Familiar, Deal or No Deal, and Big Brother, and today a fast-rising iGaming company that transforms the most loved TV quizzes and reality shows into online games based on luck.

The Netherland-based company infiltrated into every pore of video entertainment.

Besides the previously mentioned world-famous TV shows, Endemol is responsible for creating more than 300 series, including the wildly popular Wipeout. On the lengthy list of content produced by this media company, there are dozens of comedy series, multi-award winning dramas, and programs for children.

New ideas are constantly under development.

After conquering the world of television, Endemol decided to take a leap into the production of online and offline gaming. For the last five years or so, this Dutch brand is effectively building its casino portfolio with TV branded games. But, this is not all from Endemol; appears that the casino industry grew on them quickly. Just a year after launching the online entertaining catalog, Endemol decided to expand its business into land-based production, also. 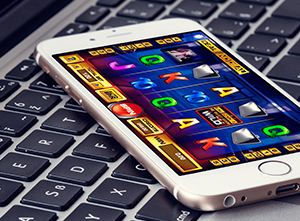 The heads of Endemol Games are primarily relying on the massive popularity of their television releases. A multitude of their online games are motivated by TV hit shows: Deal or No Deal Blackjack, Deal or No Deal Roulette, Big Brother Slot, and the Countdown slot are the most famous casino releases of this brand. However, these hit games are just a tiny part of what’s available. Respectable, influential, and proven professionals from Endemol had no trouble finding partners with whom they will be able to establish an extensive catalog of games. Together with Playtech, DragonFish and Gamesys, Endemol Games created hundreds of titles, ranging from simple video slots to fixed-odds parlor games, including non TV, branded titles as Shut the Box and Tower Power.

All Endemol Games gaming products run flawlessly on multiple platforms, including mobile devices and tablets. Mobile-friendly content arrives in a full graphical capacity, it is loading fast, and it includes all the available features and bonuses. Players have two options: they can play games in real-money style, but in a demo mode, too, which allows gamblers to have fun, without the risk of losing money.

Tremendous experience in the world of amusement is worthy of our praise. Endemol is one of the global brands to which we need to say thank you for shaping television entertainment into what it is today – raw, sharp, sometimes even on the line of good taste, but definitely fun and very engaging. Big Brother, a reality format that glued us all to our TV sets, changed, forever, the definition of live TV – like it or not, other people’s lives became part of our everyday routine. Now, the same thing is happening in the realm of gambling: most famous TV shows are replaced by reachable, extremely fun, and relaxing casino content, which is, again, keeping us in from of our big and small-screen devices for hours. Endemol and now Endemol Games are responsible for creating new generations of satisfied and entertained customers throughout the world.