Slots of Vegas has a warning, we advise you play at another casino. 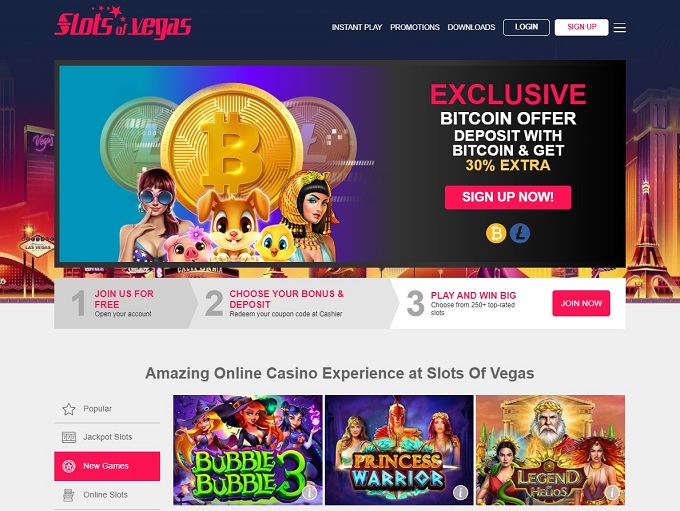 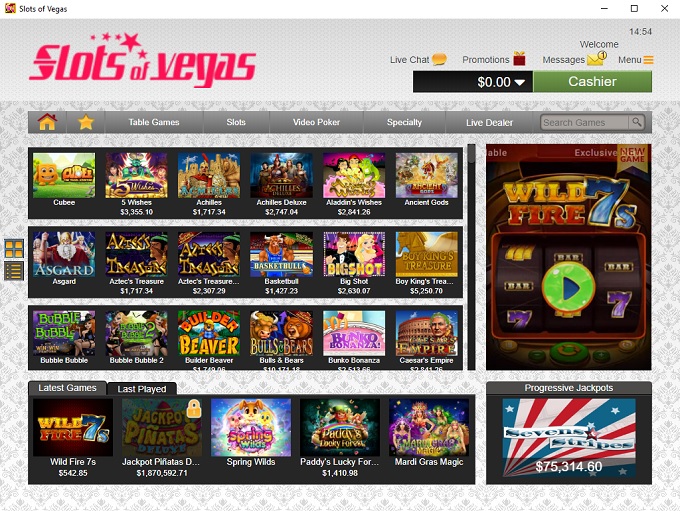 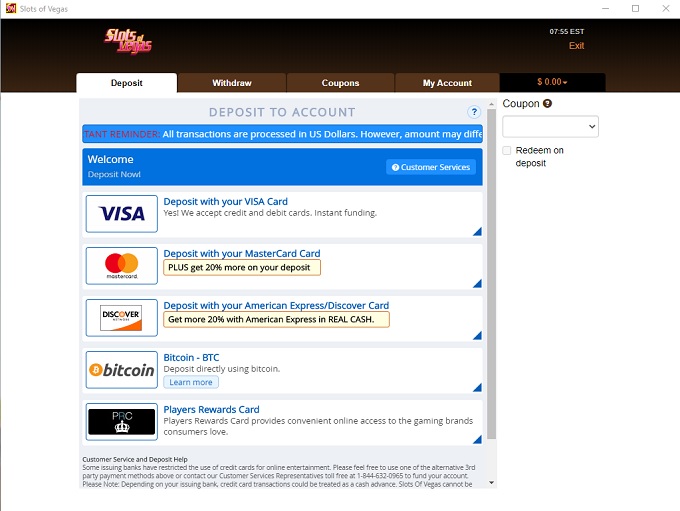 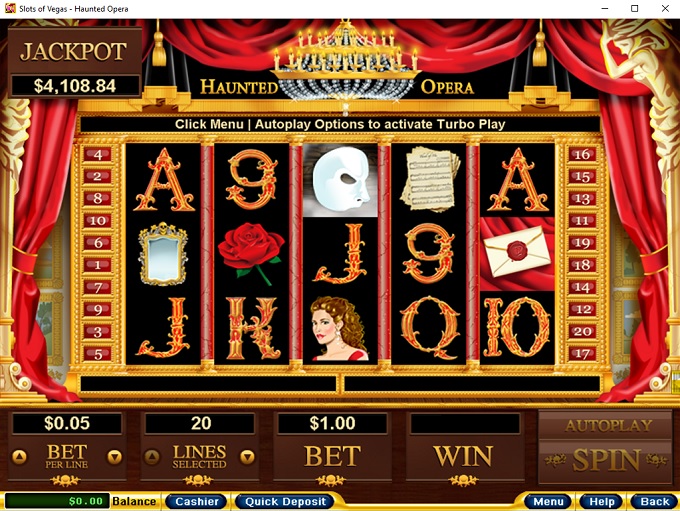 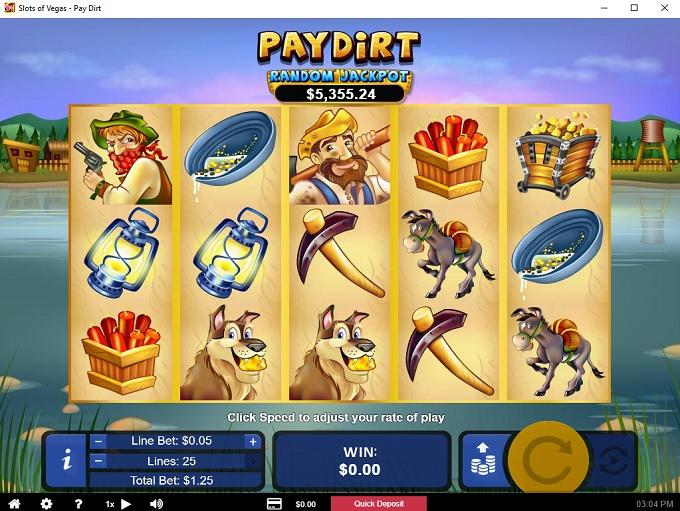 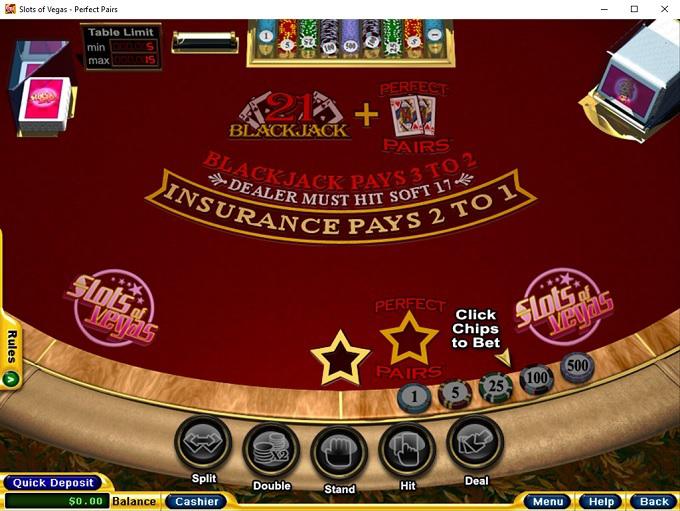 Slots of Vegas Casino is a site that's operated by the Virtual Casino Group. This group is known for running a bunch of sites that are completely and totally unreliable. Because they're licensed in Costa Rica, a jurisdiction that's little more than a rubber stamp for this particular industry, there is no real recourse for players. This means that the best option is to simply stay away.

However, there are some positive things about the casino software itself, and we'll show you how to pick a better site that's much more reliable and that offers up the same game selection. Keep reading to learn more.

As we mentioned above, the software used at this site is not bad at all. In fact, some of the newer Realtime Gaming slots are up there in quality with the best in the industry. There are multiple ways to play, and this includes a downloadable client, an instant play platform and a mobile option. Because the instant play and mobile options are web-based, all you need is an Internet browser and a connection.

This means that different phones, computers and operating systems can all log in to play the same games without a problem. This offers a higher degree of flexibility than what you normally get from online casinos that use native applications for their mobile offering or downloadable software packages only that are typically designed just for Windows-based computers.

The quality of slots at this casino varies quite a bit. For a long time, RTG was content to just keep an average level of graphics and to rely on bonus features, random progressive jackpots and other atypical features to carry their games. While this led to some great gameplay, it also left a lot to be desired in the visual department.

Along these lines, they adjusted how they were producing their games by answering their critics and boosting the quality of the games they have released. This has led to their newest games being compared to the top providers in the industry like Net Entertainment. If they keep up this good work, then they'll easily be considered a much larger contender soon enough.

The table game selection consists primarily of the usual selection of craps, roulette, Baccarat and so on. Their casino poker selection is average, but their video poker offering is where they really shine. They have several games available, one of the best selection of video poker titles in the industry, and this is on top of a few versions of blackjack, several scratch cards and standardized keno pay tables. Overall, the offering of table games is definitely above-average, and the visual presentation of these games is not bad either.

Payments are notoriously unreliable at Slots of Vegas Casino, and players are advised to avoid this site as much as possible. Their payment method selection includes Neteller, Click2Pay, Visa, MasterCard, American Express and bank transfer, though that list is completely useless considering the fact that their reputation is one of the worst in the industry.

Generally what happens is that players deposit, take advantage of a bonus, play for a while and then try to cash out. Once they've been made to wait a ridiculously long time for their withdrawal to be processed, players are typically told they broke some vague, contradictory or ridiculous rule in the terms and conditions, which naturally voids their winnings and/or causes them to forfeit their account balance.

Customer service is available with live chat, email or telephone options. Like all of the Virtual Casino Group properties, their support team is unfriendly and generally rude, but you can't necessarily blame them considering how miserably their jobs must be. Imagine people contacting you 24/7/365 complaining about their withdrawals not being processed due to dishonest business practices, and you can get an idea for what they're going through. Still, this is just another reason to avoid this site completely.

Where to Play Instead?

The fact of the matter is that the software isn't a problem. Instead, it's an issue of the people running the site. If you'd like to get in on the action with a reliable site that uses the same software, then go right now to our list of reputable Realtime Gaming casino reviews and pick out a site that look good to you. This is the best option for players since it avoids shady operations like this one and puts you in a position to be able to stick with a reputable site powered by a group that has a history of taking care of their players instead of fleecing them.