200% Up To ∞
New Customer Offer. T&C’s Apply. 18+. Playing on the following restricted games while on a bonus, even after completion of a bonuses wagering requirements, will void any and all winnings generated while using said bonus: Baccarat, Craps, Pai Gow Poker, Pontoon 21, Roulette, Sic Bo and War.
Play
This Casino has a Warning!
Palace Of Chance has a warning, we advise you play at another casino. 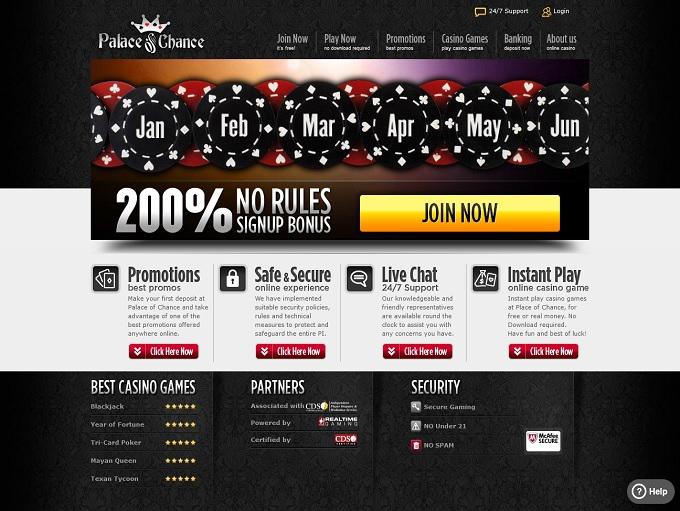 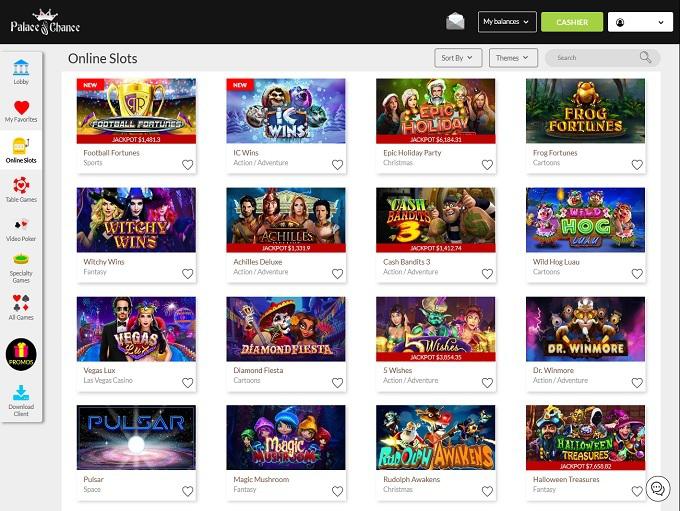 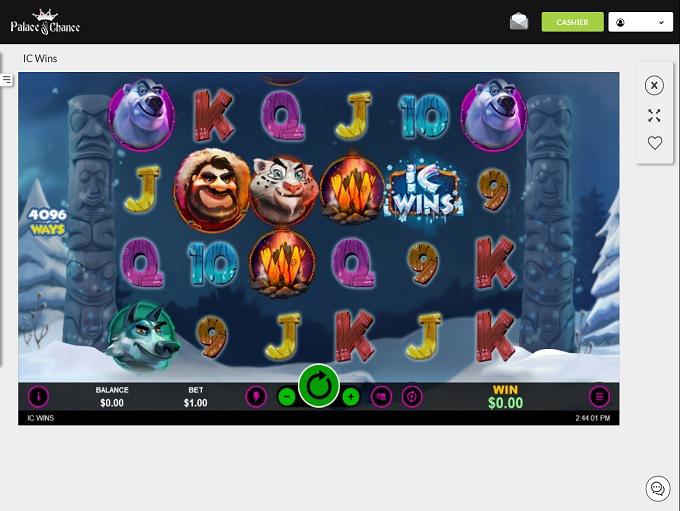 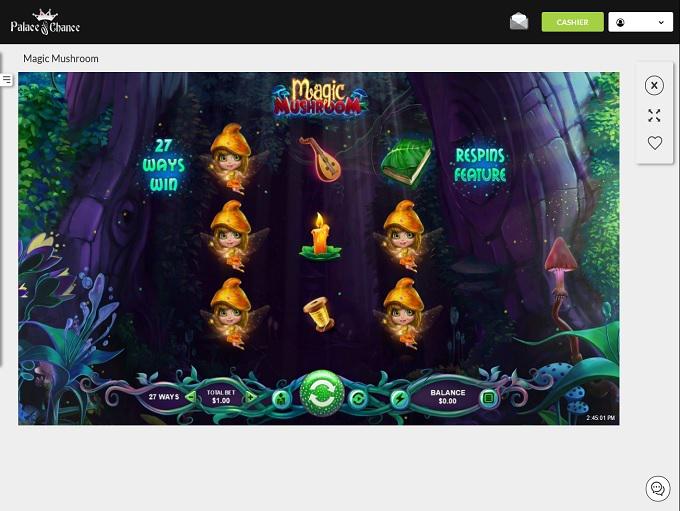 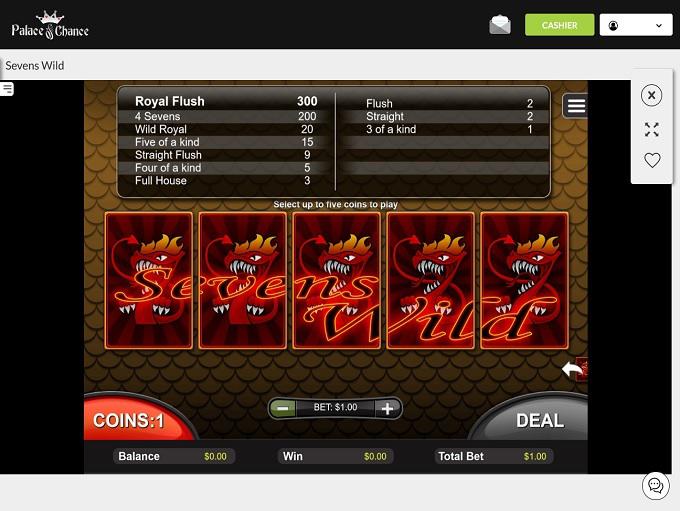 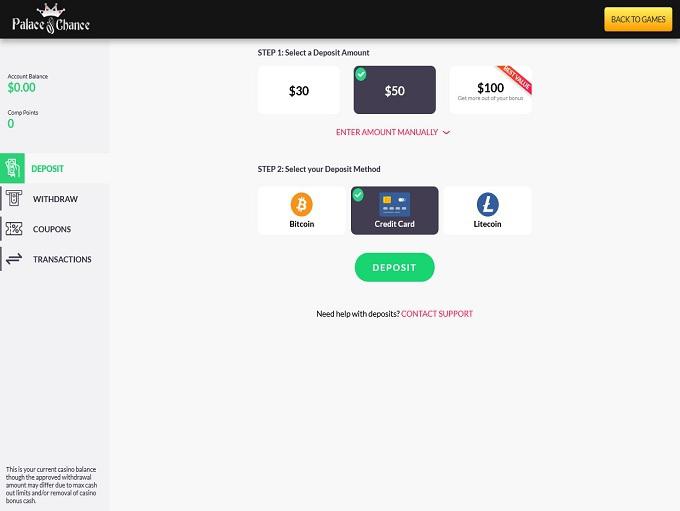 The Virtual Casino Group is a company that operates a handful of online casino sites. Unfortunately, they're also known for completely and totally taking advantage of their players by not paying out when they are supposed to. Palace of Chance is one of the sites that they operate, and it stands out as being a good example of an establishment that players should avoid. While they do have their license in Costa Rica, this is a jurisdiction that is well-known for not holding their licensees accountable for actions like this.

Keep reading and we'll show you how to find a reputable site that uses the same games and that offers a much better experience for their players. We'll also show you why sticking with this software is a good option even if playing with this particular operator is not.

The software at this site is provided by Realtime Gaming. This is a company known for giving players a relatively tame selection of titles with a good mix of both slots and table games. Their older games have dated graphics, and that includes most of their selection, but their newer games are downright impressive. This is a good reason to find a reputable site to play with that uses this software instead of giving up completely on your search because of the actions of one shady operator.

The slots are the majority of the game selection at this site. The total game selection is between 130 and 140 titles, and slots make up around 80 or 90 of those. Many of these games include random progressive jackpots that start at $1,000 and that trigger wins on random spins without any particular winning combination required. Unfortunately, you're unlikely to see any wins if you play at this particular site. However, having extra payouts, including up to three or four progressives like this in some games, really adds a lot to the action for many players, and it's a good reason to seek out a different option with the same titles.

Many online casino sites do not stand out in the table games department at this point, and that's a little disappointing. In terms of pure game selection, Palace of Chance Casino does have a good number of 50+ non-slot titles. This includes a couple dozen video poker machines, which is obviously above-average, a few variations of blackjack, roulette, Baccarat and craps. For players who just have a few moments to play a quick session, their keno and scratch card games also work out pretty well.

Again, we want to point out that the games aren't the problem here, and that there are plenty of reasons to seek out a better casino solution with the same game selection like the one we're going to offer you below.

Here's the story with payments at this establishment. There are tons of examples of this site citing weird and often conflicting terms and conditions when confiscating player winnings out of nowhere. In addition to that, the few players who have received payouts get them weeks or months later, and that's unacceptable in and of itself. Other times, players aren't even given an explanation about why they will not be receiving their withdrawals.

The banking method selection here does include credit cards like Visa, MasterCard and American Express in addition to Neteller and bank transfers. However, it would be more entertaining to flush your money down the toilet because then you'll at least have a chance to get it back instead of wasting your time with this unreliable operation.

The customer service options are live chat, telephone and email. The support here is far below average, and while they might answer your questions eventually, they tend to be cold, unfriendly and generally uninterested in helping their players. You can't blame them for feeling that way when you consider who they're working for and the fact that they probably get complaints about a lack of payment around the clock. In any event, this is just another strike against the operation as a whole and another reason to avoid playing here.

How to Find a Better Option

As we've mentioned repeatedly, it's not the fault of the software that this particular operation is so shady. Along these lines, if you want to find a better option that uses the same games, then check out our selection of reviews for Realtime Gaming casinos. We have vetted all of the sites that we review, and we'll give you the bottom line on whether you can trust them or not. This list will make it easy to find a great RTG-powered site that will give you reliable service with a theme and bonus that works the best for you.